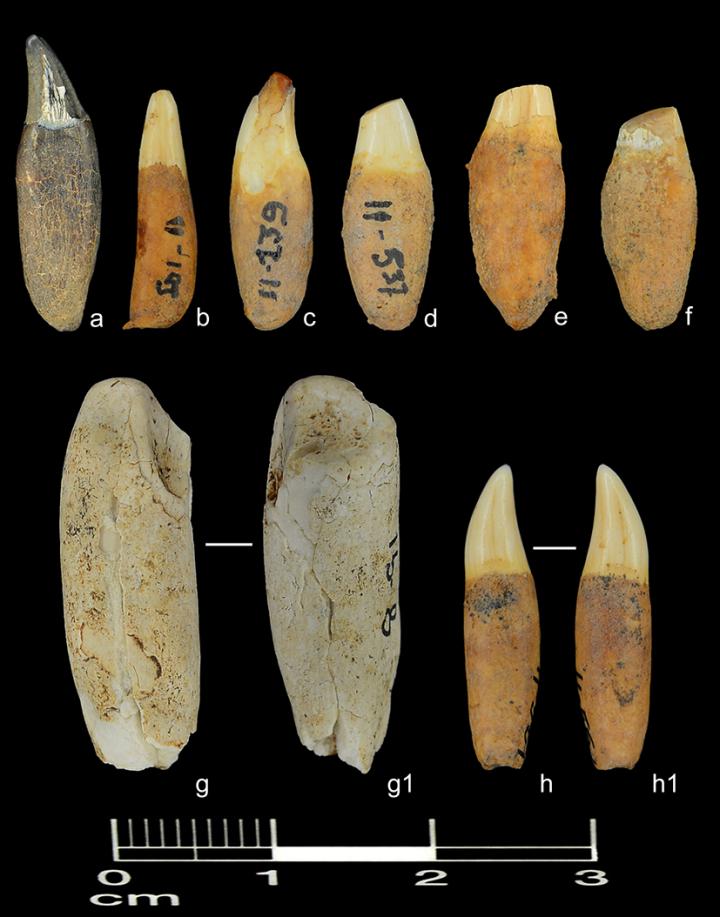 PANAMA CITY, PANAMA—Eight percent of the mammal remains found in a 6,000-year-old midden on Pedro González Island, located more than 30 miles from mainland Panama, came from dolphins. People living at the same time in Japan, Mexico, and Chile hunted dolphins, but this is the first time that evidence of systematic dolphin consumption has been found in Central America. “Were the island’s first known inhabitants dolphin hunters or did they merely scavenge beached animals?” asked archaeologist Richard Cooke of the Smithsonian Tropical Research Institute. The excavation has not uncovered evidence of nets or spears, but the researchers have found a dolphin skull with a puncture wound inflicted by a blunt-pointed tool. Cooke and his colleagues argue that the residents of Pedro González Island may have waited for the seasonal arrival of dolphins into the Gulf of Panama in their canoes at the entrance to the u-shaped Don Bernardo Beach, then driven them to shore where they were harvested. “I would argue, though it’s speculative, that the retention of dolphin hunting is probably due to an early circum-Pacific maritime adaptation by humans,” Cooke said in a press release. To read more in-depth about archaeology in the region, go to "Pirates of the Original Panama Canal."