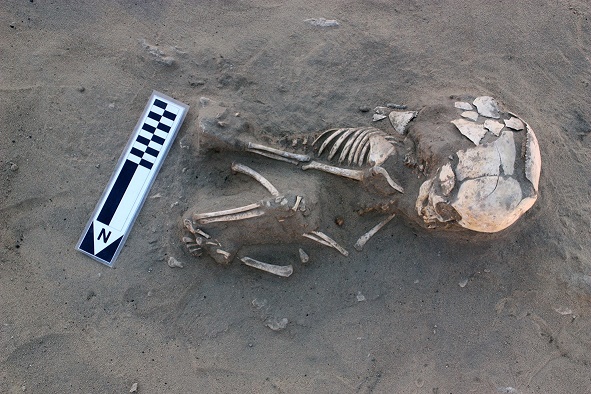 ASWAN, EGYPT—Ahram Online reports that the skeleton of a one-year-old child who suffered from scurvy has been unearthed at a pre-dynastic site in the area of Nag Al-Qarmila by the Aswan Kom Ombo Archaeological Project (AKAP), led by Maria Carmela Gatto of Yale University and Antonio Curci of Bologna University. The remains, which date to between 3800 and 3600 B.C., are thought to represent the oldest-known case of the disease. Bioarchaeologists Mindy Pitre of St. Lawrence University and Robert Stark of McMaster University observed the changes to the bones that mark the condition, but scientists have yet to determine the circumstances contributing to the lack of vitamin C that led to the child’s condition. To read more about recent Egyptological discoveries, go to "The Cult of Amun."