Europe’s First Modern Humans May Have Been Replaced 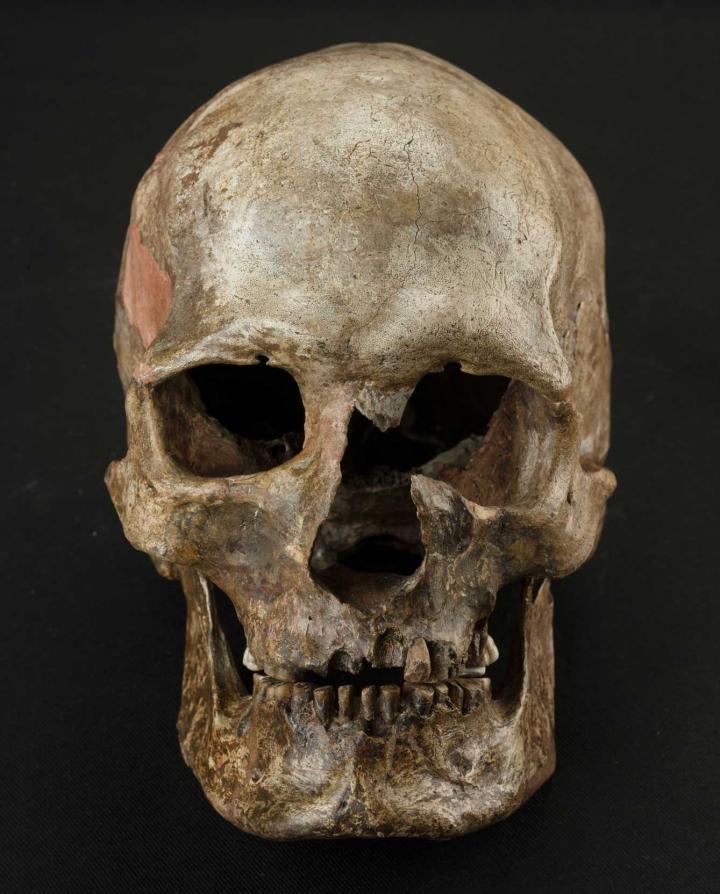 TÜBINGEN, GERMANY—A new genetic study suggests that some 50,000 years ago, all non-Africans dispersed rapidly from a single population, and that around 14,500 years ago, there was a major turnover of the population in Europe. Researchers reconstructed the mitochondrial genomes of 35 hunter-gatherers who lived in Italy, Germany, Belgium, France, the Czech Republic, and Romania between 35,000 and 7,000 years ago. The mitochondrial DNA of three of these individuals, who lived in what is now Belgium and France more than 25,000 years ago, belonged to haplogroup M. Haplogroup M is now very common in Asian, Australasian, and Native American populations, but had not been found in Europe, leading to the argument for multiple migrations. “When the Last Glacial Maximum began around 25,000 years ago, hunter-gatherer populations retreated south to a number of putative refugia, and the consequent genetic bottleneck probably resulted in the loss of this haplogroup,” Cosimo Posth of the University of Tübingen said in a press release. The DNA study also indicates that those who survived the cold of the Last Glacial Maximum were replaced by a population from another source. To read about the art made by the first modern humans in Europe, go to "A New Life for Lion Man."