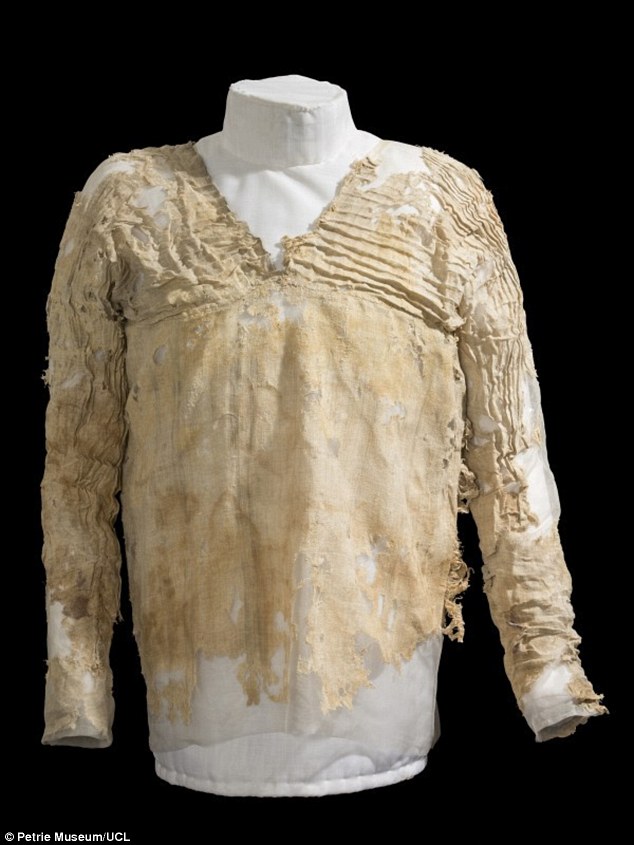 LONDON, ENGLAND—Radiocarbon dating of a minute sample of the Tarkhan Dress, an ancient Egyptian linen shirt, has confirmed that it is the oldest known woven garment, having been made between 3484 and 3102 B.C. Originally excavated in 1913 from a First Dynasty tomb at the Tarkhan necropolis south of Cairo, the dress’s dimensions indicate it was made for a teenager or slim woman. Wear on the garment indicates that it was likely used before it was buried. “The survival of highly perishable textiles in the archaeological record is exceptional, the survival of complete, or almost complete, articles of clothing like the Tarkhan Dress is even more remarkable,” said Petrie Museum of Egyptian Archaeology curator Alice Stevenson in a University College London press release. “We’ve always suspected that the dress dated from the First Dynasty but haven’t been able to confirm this as the sample previously needed for testing would have caused too much damage to the dress.” To read more about ancient garments, go to "World's Oldest Pants."