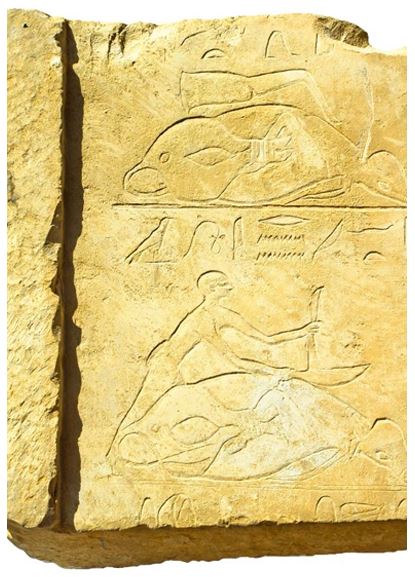 CAIRO, EGYPT—A team of American archaeologists led by Sarah Parcak of the University of Alabama at Birmingham, working with Egyptian archaeologists, discovered the 12th Dynasty tomb of King Senusret I’s stamp bearer to the south of his pyramid. “The mission has been working on documenting and preserving the result of illicit digs which took place after the 25th of January 2011 turmoil,” Ministry of Antiquities Mamdouh El-Damaty told the Luxor Times. Mohamed Youssef, director of the Dahshur necropolis, told Ahram Online that the tomb had been carved into the bedrock and has a mud brick ramp. Engravings on the tomb walls depict the stamp bearer hunting, at work, and with his family. Parcak is also training Egyptian archaeologists in the use of satellites to protect archaeological sites. To read in-depth about recent Egyptological discoveries, go to "The Cult of Amun."