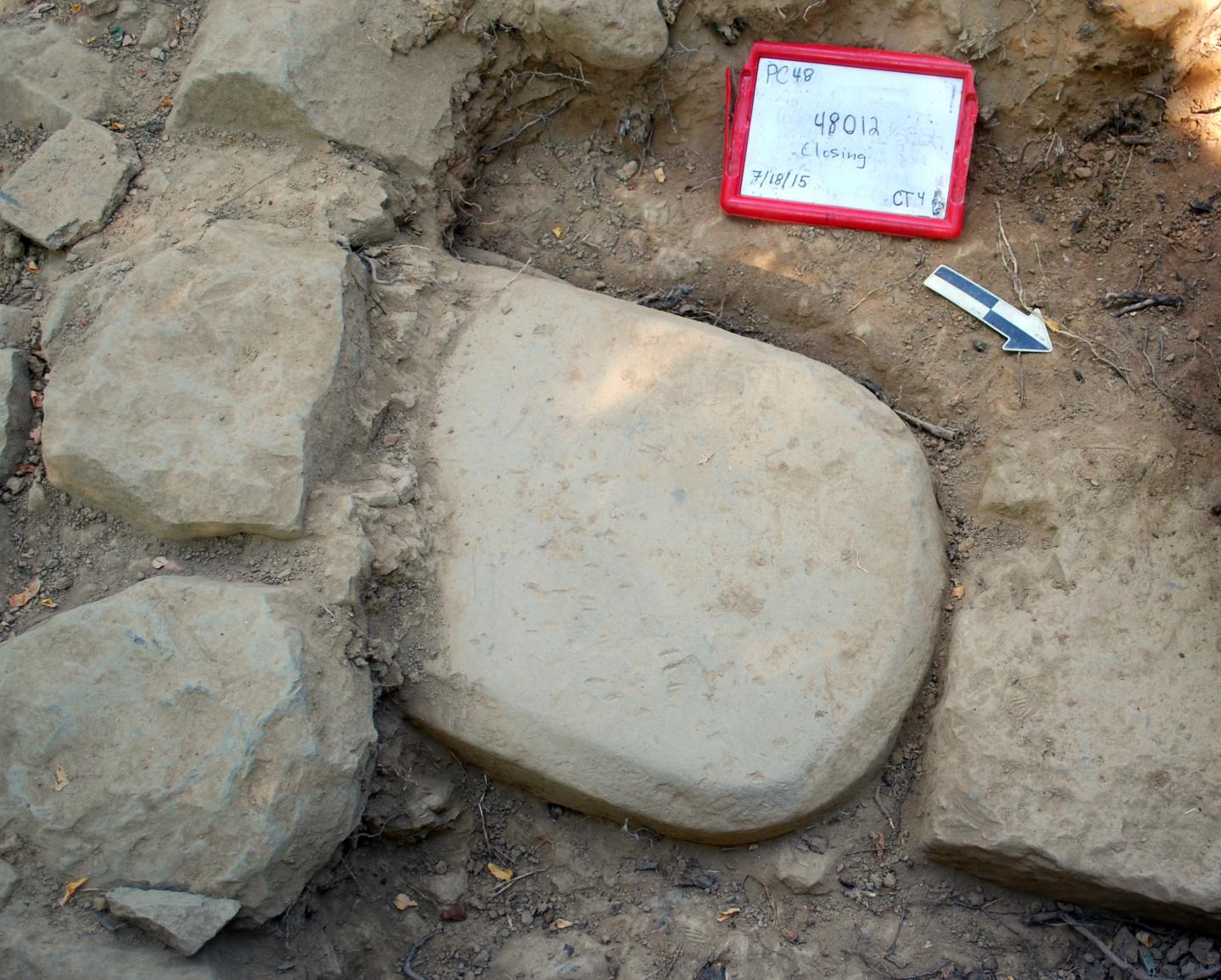 DALLAS, TEXAS—The excavation of a temple at the Poggio Colla site in Tuscany has yielded a four-foot-tall stele inscribed in the Etruscan language. But the stone is heavily abraded and chipped, and will have to be cleaned before scholars can read it. “This is probably going to be a sacred text, and will be remarkable for telling us about the early belief system of a lost culture that is fundamental to western traditions,” archaeologist Gregory Warden of the Mugello Valley Archaeological Project said in a press release. The inscription, which dates to the sixth century B.C., may contain new words, and even the name of a god or goddess. The stone was reused in the foundation of a monumental temple some 2,500 years ago. “This stone stele is evidence of a permanent religious cult with monumental dedications, at least as early as the Late Archaic Period, from about 525 to 480 B.C. Its re-use in the foundations of a slightly later sanctuary structure points to deep changes in the town and its social structure,” explained Etruscan scholar Jean MacIntosh Turfa of the University of Pennsylvania Museum. To read more about Etruscans, go to "The Tomb of the Silver Hands."