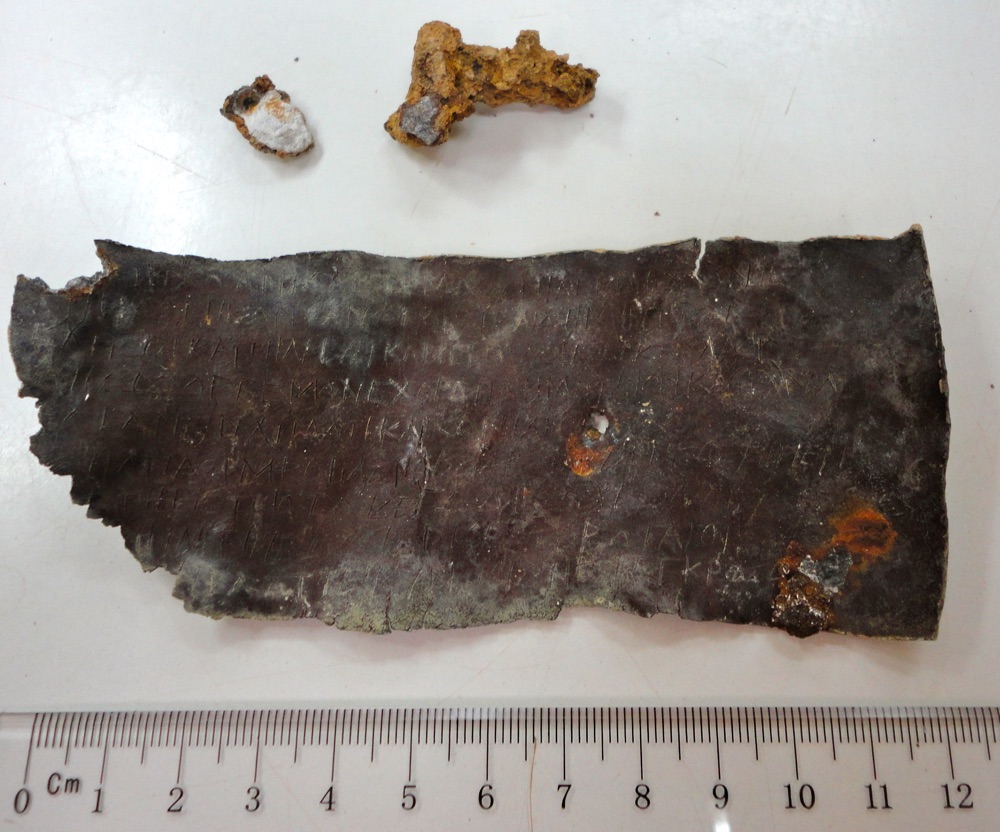 BALTIMORE, MARYLAND—Live Science reports that five lead curse tablets, discovered in a grave in Athens, Greece, in 2003, have been studied by Jessica Lamont of John Hopkins University. The tablets, held at the Piraeus Museum, may have been placed in the young woman’s grave in order to deliver them to the gods of the underworld. Four of the tablets were engraved with well-written curses targeting different tavern keepers in Athens and the names of the chthonic gods. “It’s very rare that you get something so explicit and lengthy and beautifully written, of course in a very terrible way,” Lamont said. The fifth tablet was blank—the words of the curse were probably spoken over it. All of the tablets had been pierced with a nail and folded. Lamont explained that the tablets may have had nothing to do with the woman whose remains were also found in the grave. Her burial “would have been accessible, a good access point for someone to deposit these tablets underground and bury them,” she said. For more on archaeology in Greece, go to "Greece's Biggest Tomb," which was one of ARCHAEOLOGY's Top 10 Discoveries of 2014.