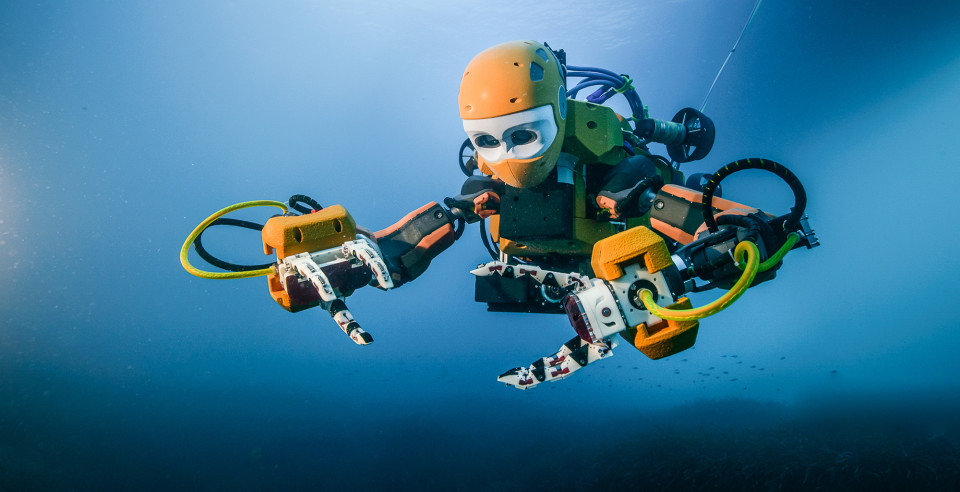 STANFORD, CALIFORNIA—Scientists from King Abdullah University of Science and Technology teamed with Oussama Khatib, a professor of computer science at Stanford University, to create OceanOne, a prototype humanoid robot designed to perform intricate underwater tasks. The robot has a head with stereoscopic vision and two fully articulated arms and hands that relay haptic feedback to the pilot’s controls. “You can feel exactly what the robot is doing. It’s almost like you are there; with the sense of touch you create a new dimension of perception,” Khatib told Engineering.com. In addition, sensors in the body monitor the current and automatically adjust to keep the robot stable. To test OceanOne, the team explored the wreck of La Lune, King Louis XIV’s flagship, which sank in 1664 off the southern coast of France. The deep water makes it a dangerous place for human divers, but OceanOne, guided by Khatib back on the boat, carefully recovered a vase from the wreck and placed it in a recovery basket. For more on underwater archaeology, go to "History's 10 Greatest Wrecks..."