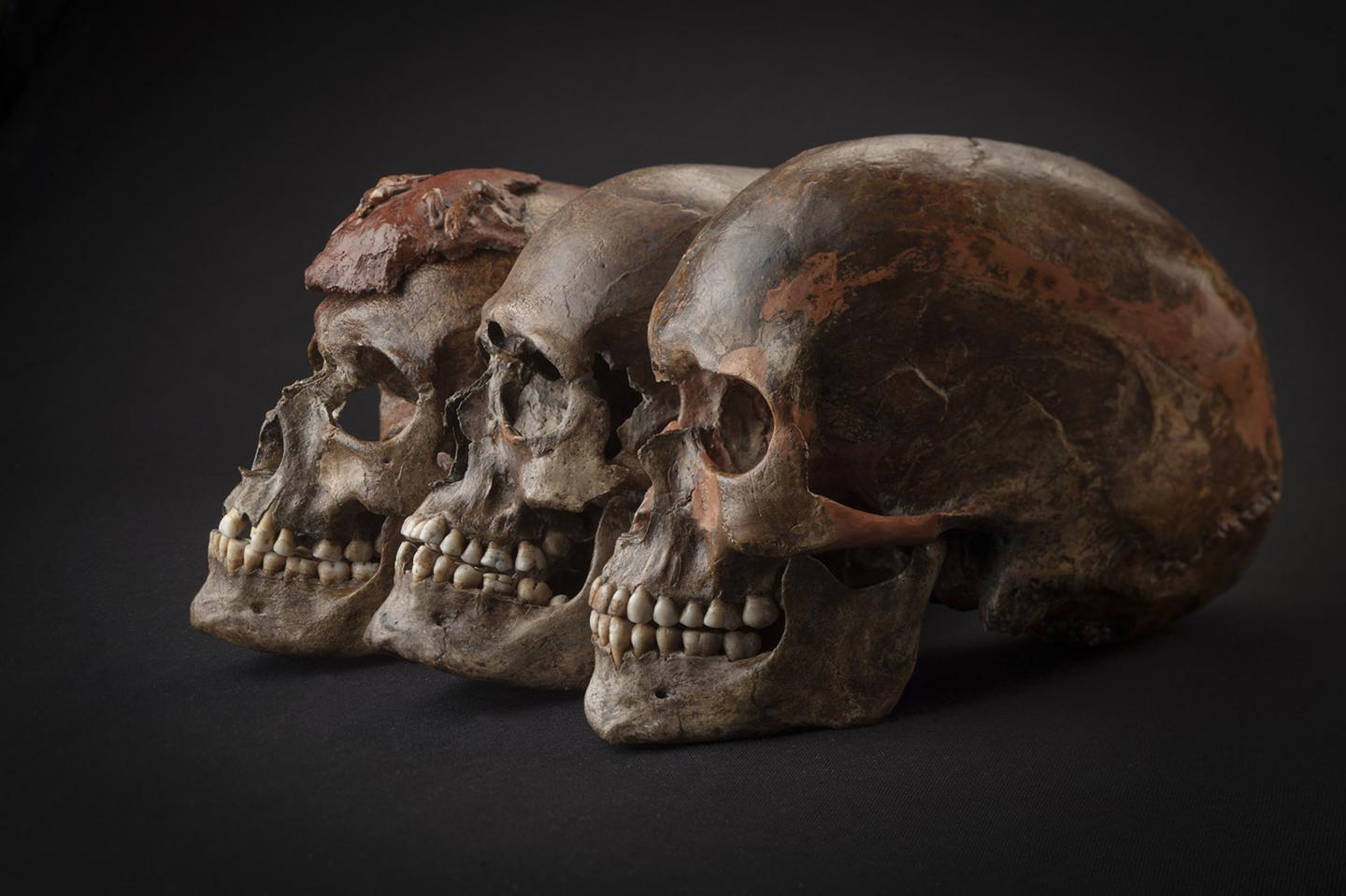 CAMBRIDGE, MASSACHUSETTS—BBC News reports that a new genetic study of the remains of 51 Europeans between 45,000 and 7,000 years old has been led by David Reich at Harvard Medical School. The results suggests that beginning 37,00 years ago, all Europeans came from a single founding population that developed deep branches in different parts of Europe. At the end of the last Ice Age some 19,000 years ago, people thought to have come from Spain spread northward. Then some 14,000 years ago, populations from Turkey and Greece spread westward into Europe and replaced the first group. “We see multiple, huge movements of people displacing previous ones,” said Reich. The analysis also suggests that Ice Age Europeans had dark complexions and brown eyes until about 14,000 years ago, when blue eyes began to spread across the population. Pale skin began to appear after 7,000 years ago. Earlier populations also had more Neanderthal DNA than present-day people, which is consistent with the idea that it may have had harmful effects on modern humans and was lost over time through natural selection. To read about a masterpiece of Paleolithic art, go to "New Life for Lion Man."