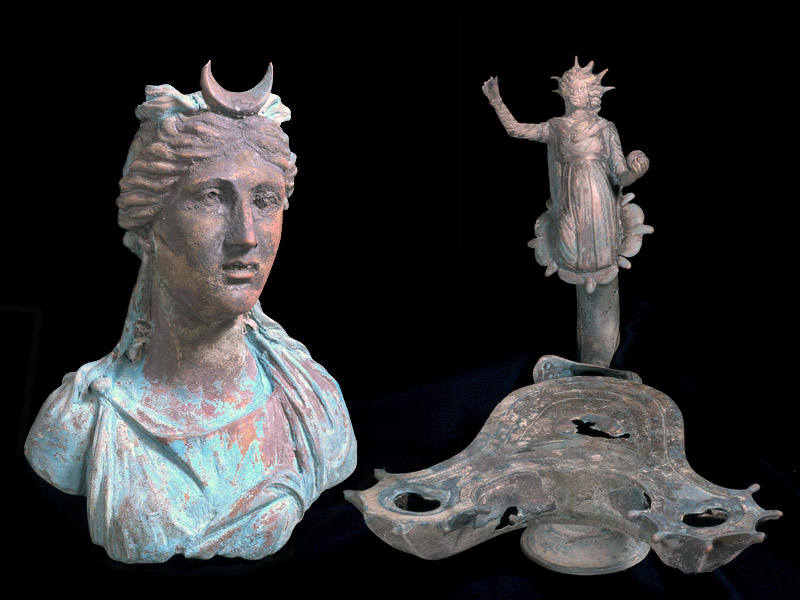 CAESAREA, ISRAEL—The Israel Antiquities Authority (IAA) has announced the discovery of cargo from a Late-Roman period shipwreck in the ancient harbor of Caesarea by recreational divers. The ship had been carrying bronze statues, coins, and iron anchors, all thought to have been slated for recycling. Jacob Sharvit, director of the IAA marine archaeology unit, and deputy director Dror Planer, think the ship sank during a storm that buried the objects, including a bronze lamp depicting the Roman sun god Sol, a sculpture of the moon goddess Luna, and fragments of three life-size bronze statues. “The sand protected them. They are in an amazing state of preservation—as though they were cast yesterday rather than 1,600 years ago,” Sharvit told Discovery News. The archaeologists explained that metal statues are rare finds because they were usually melted down. “Because the statues were wrecked together with the ship, they sank in the water and thus were saved from the recycling process.”  To read in-depth about underwater discoveries, go to "History's 10 Greatest Wrecks."