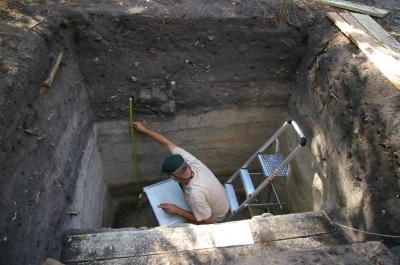 BRISBANE, AUSTRALIA—Linguistic and genetic evidence has hinted that migrants from Southeast Asia could be among the ancestors of the modern inhabitants of Madagascar. Now Science reports that Austronesians may have settled in Madagascar between 1,000 and 1,200 years ago. Led by archaeologist Alison Crowther of the University of Queensland, an international team of scientists collected more than 2,400 ancient crop samples from 20 archaeological sites on the eastern coast of Africa, Madagascar, and the Comoro Islands, which are situated between Madagascar and the African coast. Radiocarbon dates of the charred seeds indicate that between A.D. 700 and 1200, crops such as pearl millet, cowpea, and sorghum were grown on the coast of East Africa, where Asian crops such as rice, mung bean, and cotton were rare. But the Asian crops were common on the Comoros Islands and on Madagascar. And although rice and mung bean were grown in India at the time, other common Indian crops were not found in Madagascar and the other islands. “We finally have a signal of this Austronesian expansion,” said Nicole Boivin of the Max Planck Institute for the Science of Human History. To read about an island 300 miles east of Madagascar, go to "Castaways."