Stone Fragment May Be Piece of Mycenaean Throne 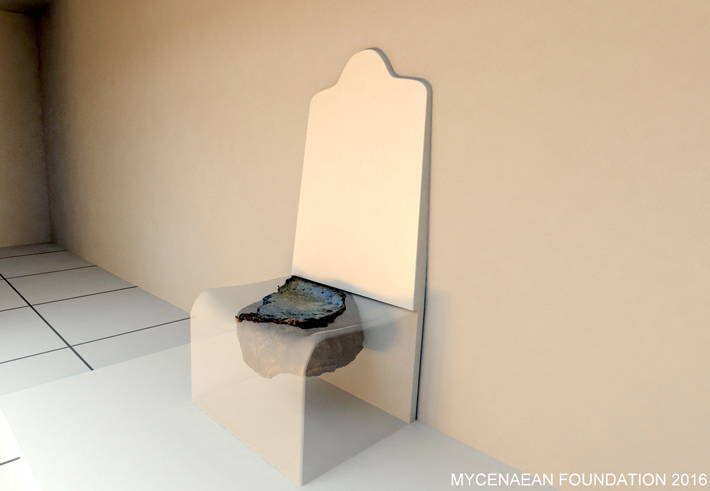 ATHENS, GREECE—Archaeologist Christofilis Maggidis of Dickinson College claims that a piece of worked limestone unearthed at an archaeological site in southern Greece two years ago could be a fragment of the throne of the rulers of Mycenae. The stone in question was recovered from a streambed under the remains of a hilltop Mycenaean palace that collapsed during an earthquake around 1200 B.C. The Greek Ministry of Culture agrees with a study suggesting that the artifact was part of a stone basin. Maggidis says, however, that the porous stone, which has not been found anywhere else in the palace, could not have held liquids, and was shaped for sitting. A similar type of stone was used in the citadel’s defensive walls, and in beehive tombs. “In our opinion, this is one of the most emblematic and significant finds from the Mycenaean era,” he said at a press conference reported by the Associated Press. For more, go to "The Minoans of Crete."