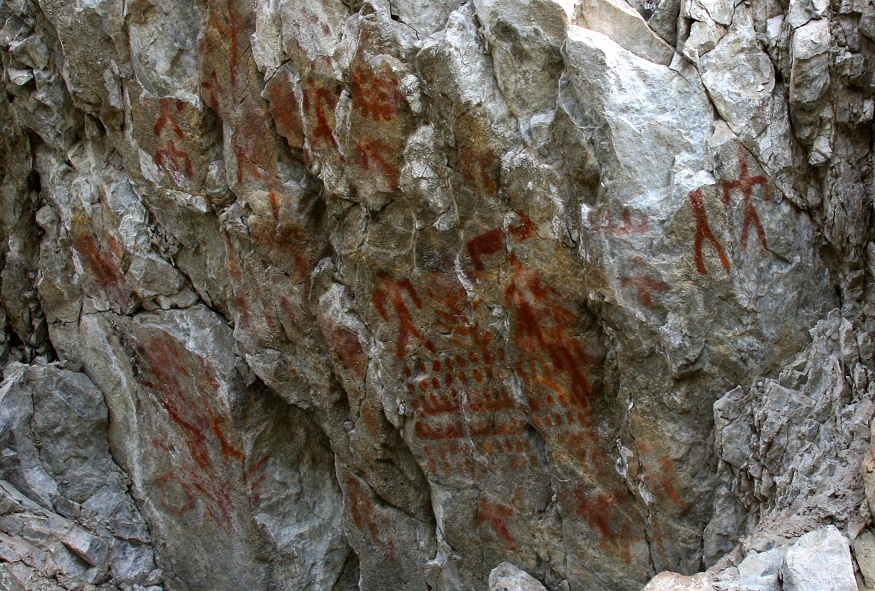 NOVOSIBIRSK, RUSSIA—The Siberian Times reports that more than 20 pictographs estimated to be 4,000 years old have been found in a remote area of the eastern Transbaikal region. Scientists learned of the red and orange ocher paintings, discovered by hunters, about three years ago. Sergei Alkin of Novosibirsk University described one of the images as a circle with a cross inside it. He thinks it may represent a shaman with a drum. Other images feature points, which may have been used for counting, and lines. “As for the number of vertical lines above the horizontal line, it is quite possible that these show dugout canoes with people sitting in them,” he said. He adds that the members of the research team have not found any evidence of ritual activity at the site, but they think the artists may have lived nearby, on the estuary of the Largi River. For more, go to "Letter from Siberia: Fortress of Solitude."