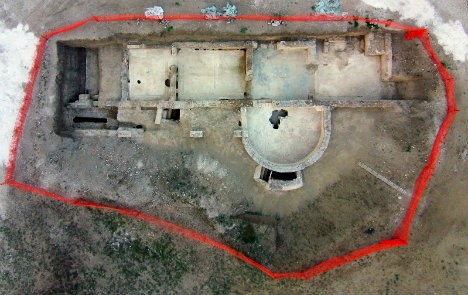 ROME, ITALY—Construction of a new Orthodox church in a Roman suburb has led to the discovery of an ancient Roman bathhouse and a number of tombs dating to between the first and fourth centuries A.D. The Local reports that archaeologists found the bathhouse's heating and plumbing systems intact, as well as its tile floor mosaics. The bathhouse may have once been part of a villa, but it was built near to a heavily trafficked road that led to Rome’s port, so it might have been frequented by travelers. “The baths could have been a stop-off point along the road," says archaeologist Renato Sebastiani. "We know of the existence of others.” The tombs belonged to lower-middle class Romans, and while the earliest individuals were cremated, later ones were interred according to early Christian practices. To read in-depth about archaeology in the area, go to “Rome’s Imperial Port.”