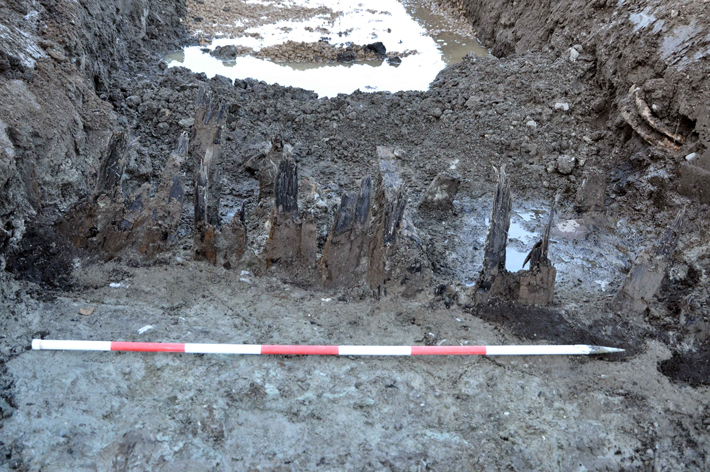 VORDINGBORG, DENMARK—Excavations at a twelfth-century castle on the south coast of the Danish island of Zealand have shown much of its fortifications were built during the reign of a king who was previously not believed to have had a role in its the construction. The Local reports that Vordingborg Castle was originally built by King Valdemar the Great, and that scholars believed subsequent construction at the site was conducted by the Danish kings Valdemar II and Valdemar IV. But now archaeologists have dated extensive wood remains at the site to the late twelfth century, when Denmark was ruled by King Canute VI. "He didn't just build over the castle, he expanded it continuously," says Aarhus University archaeologist Lars Sass Jensen. "He was, in other words, a king that invested heavily in the site as well as in its political function as a base for Baltic Sea expansion." For more on medieval archaeology in Denmark, go to “Bluetooth’s Fortress.”