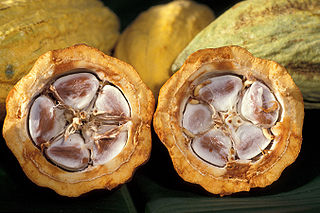 PHILADELPHIA, PENNSYLVANIA—According to archaeologist Dorothy Washburn of the University of Pennsylvania and her husband chemist William Washburn, traces of theobromine and caffeine have been found in 1,200-year-old bowls from an archaeological site near Utah’s Canyonlands National Park. These are the oldest-known ingredients of chocolate to be found in North America, and their presence indicates that people living in the northern Southwest had access to cacao beans from Mesoamerica. It had been thought that the two regions had little interaction with each other at this time. And while in Mesoamerica chocolate was processed into a drink sipped by the elite, Utah’s chocolate eaters were “ordinary people” who lived in a village of subterranean pit houses. Washburn and other researchers now want to know how important cacao was to these people and how often they ate it.