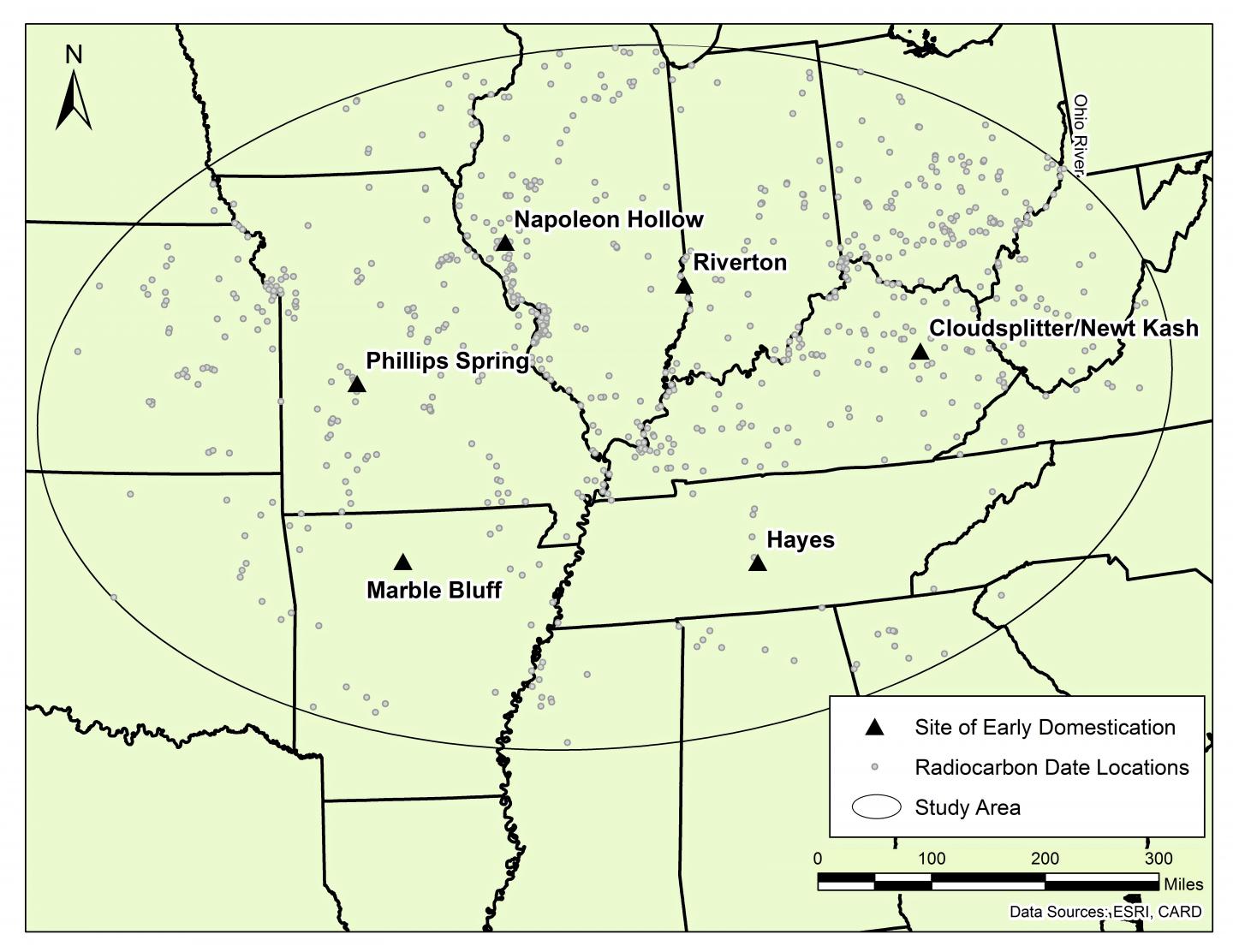 SALT LAKE CITY, UTAH—Brian Codding and Elic Weitzel of the University of Utah employed a database of more than 3,500 radiocarbon dates obtained from charcoal, nutshells, animal bones, and other artifacts found in North America to reconstruct population histories dating back 15,000 years. Assuming that as populations grew they would leave behind more artifacts, they found that the population in eastern North America nearly doubled some 6,900 years ago, and continued to grow rapidly until 5,200 years ago. Plants are thought to have been domesticated in the region about 5,000 years ago. “These people were producing food to feed themselves and their families [by farming], they’re still hunting and foraging,” Brian Codding said in a report by The Independent. Archaeological evidence from the region suggests that those first crops included squash, sunflower, marshelder, and pitseed goosefoot, a grain related to quinoa. For more, go to "Europe's First Farmers."