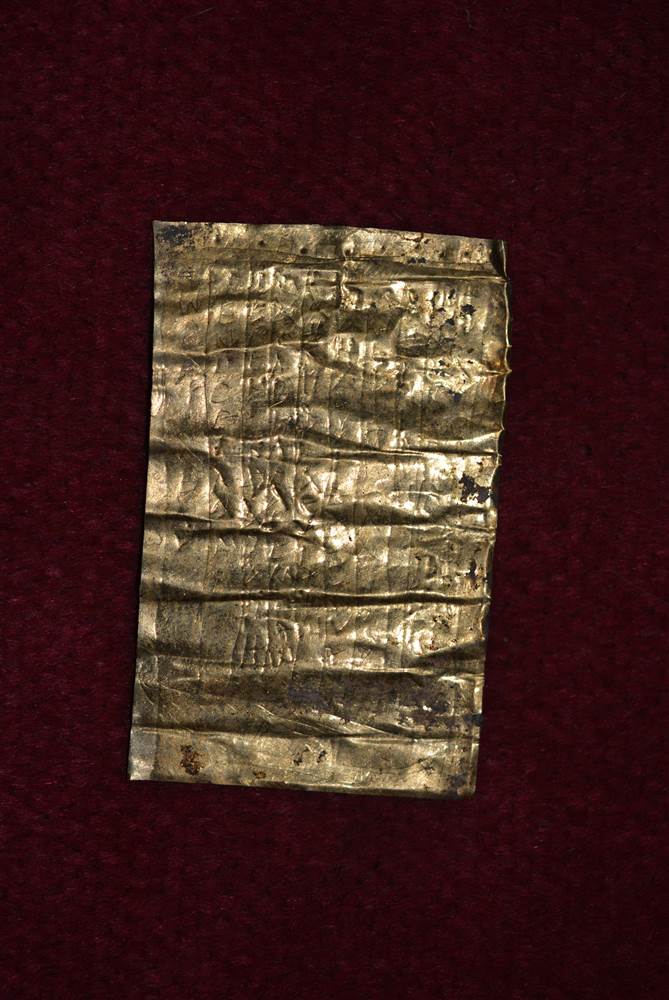 BELGRADE, SERBIA—Engraved pieces of gold and silver foil have been found rolled up inside two lead amulets in fourth-century graves at the Roman site of Viminacium in eastern Serbia, according to a Reuters report. The texts on the small pieces of foil are thought to be magic spells intended to invoke divine powers of good and evil. “The alphabet is Greek, that much we know. The language is Aramaic—it’s a Middle Eastern mystery to us,” said Viminacium’s chief archaeologist, Miomir Korac. Archaeologist Ilija Dankovic added that the names of demons connected to an area of what is now Syria have been read on the tiny scrolls, which resemble Roman lead curse tablets. Viminacium, home to some 40,000 inhabitants, was the capital of the Roman province of Moesia Superior. Archaeologists are excavating the graves before the expansion of a nearby power station. For more on curse tablets, go to "Cursing the Competition."