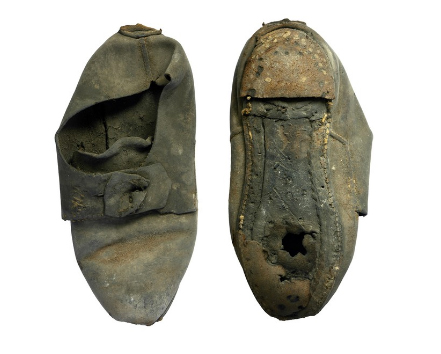 CAMBRIDGE, ENGLAND—Maintenance work at Cambridge University’s St. John’s College has revealed a 300-year-old shoe hidden inside the wall of a common room. According to the Cambridge News, the well-worn shoe was likely secreted inside the wall between a chimney and a window in order to prevent evil spirits from entering the room, which would have been part of the private residence of the college’s master. "Given its location, it is very likely that it was there to play a protective role for the master of the college,” says Richard Newman of the Cambridge Archaeological Unit. “It may even have been one of his old shoes." The college plans to replace the shoe inside the wall together with a time capsule once work in the room is complete. To read more about protective rituals in England, go to “The Many Lives of an English Manor House.”