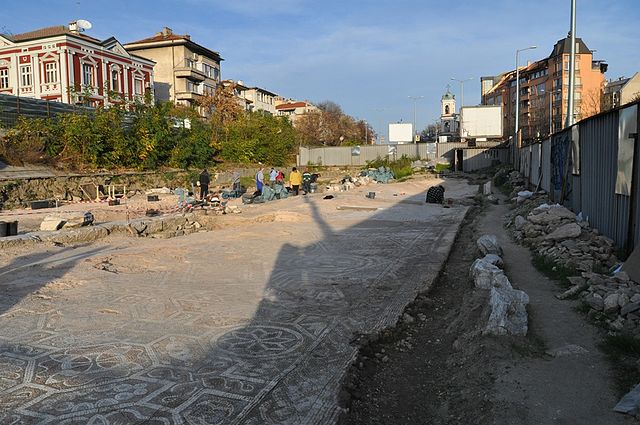 PLOVDIV, BULGARIA—The Sofia Globe reports that archaeologists excavating the northern nave of the Great Basilica in Plovdiv have uncovered a fragment of a medieval painting thought to depict Peter, the Christian saint. The original church on the site had been located in the center of the ancient city of Philippopolis, and dates to the beginning of the fifth century A.D. The structure is thought to have been destroyed by invaders in the sixth century. Eighteen medieval burials, including the remains of children and a possible priest, were recently found resting on the original building’s mosaic floors. The excavators think the fine quality of the medieval fresco suggests it was probably part of a mural painted in the thirteenth or fourteenth centuries by a master from Constantinople. The excavation team also found a donor inscription near the mural, written in Greek, bearing the name “Avram.” For more on archaeology in Bulgaria, go to “Thracian Treasure Chest.”