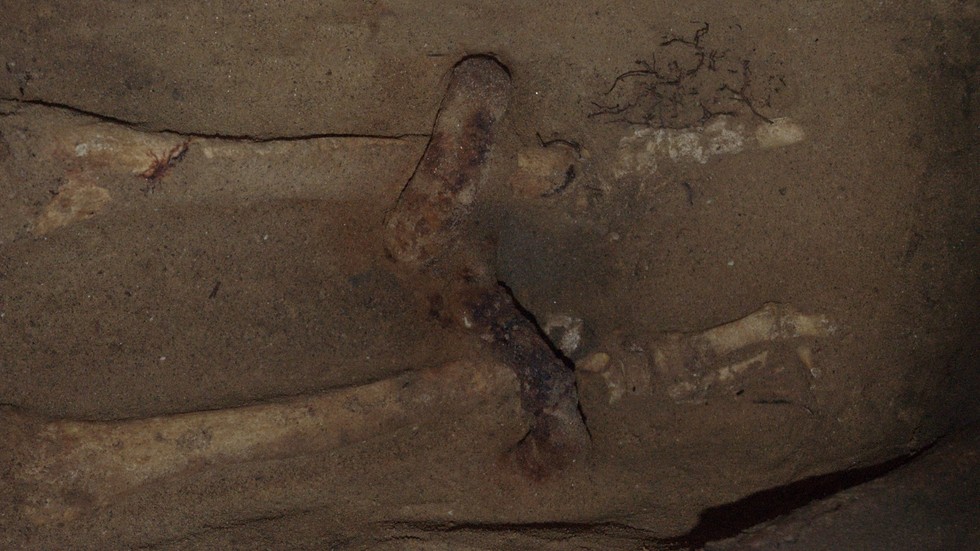 MILAN, ITALY—Seeker reports that the remains of a shackled man have been found in a 2,500-year-old Etruscan necropolis made up of otherwise “normal” burials in central Tuscany. The necropolis was located near the seaside settlement of Populonia, noted for iron processing in antiquity. The man, who was between 20 and 30 years old at the time of death, may have been a slave who worked in maritime activities, or in the local iron mines. He was bound with irons on his legs, and he wore a heavy iron collar around his neck. “We found a black spot under the nape, most likely what remained of a wood object which was likely connected to the iron collar,” said Giorgio Baratti of the University of Milan. He thinks the man’s neck and leg shackles were connected with ropes or leather straps. An iron ring found on one of his left fingers may also have been connected to the shackles. Analysis of the bones could reveal more information about the man, including where he had been born. To read in-depth about an Etruscan site, go to “The Tomb of the Silver Hands.”