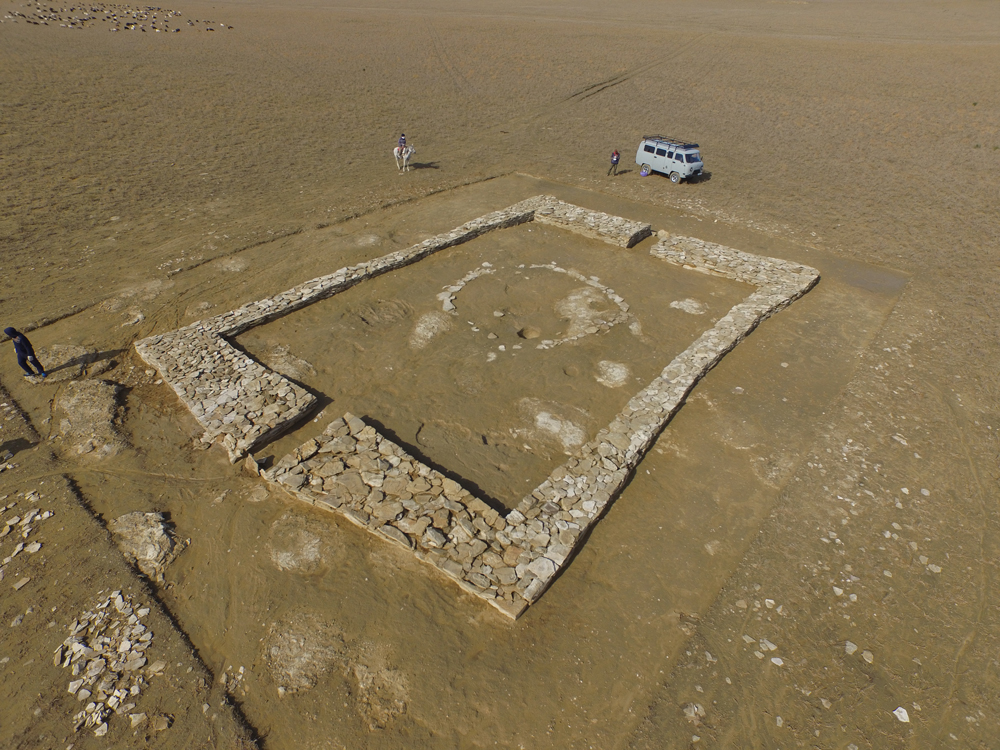 NOVOSIBIRSK, RUSSIA—Live Science reports that a 1,500-year-old archaeological site in Altÿnkazgan, Kazakhstan, has been investigated by Andrey Astafiev of Mangistaus State Historical and Cultural Reserve, and Evgenii Bogdanov of the Institute of Archaeology and Ethnography of the Siberian Branch of the Russian Academy of Sciences. The site is a complex of stone structures located near the eastern shore of the Caspian Sea, and is thought to have been built by the nomadic Huns as they moved across Asia and Europe, around the time of the collapse of the Roman Empire. Made with stone slabs carved with images of weapons and animals, the smallest structures measure about 13 feet by 13 feet, while the largest measure some 112 feet by 79 feet. Within one of the structures, the team uncovered silver decorations thought to have adorned a saddle belonging to a wealthy person. The surface of the silver was decorated with images of boars, deer, and beasts that may be lions, and tamgas, or signs that may have been symbols of power. The saddle may have been placed in the stone structure for ritual purposes or as a burial offering. The team members also found two bronze parts of a whip in the same structure. For more, go to “First Domesticated Horses: Botai, Kazakhstan.”