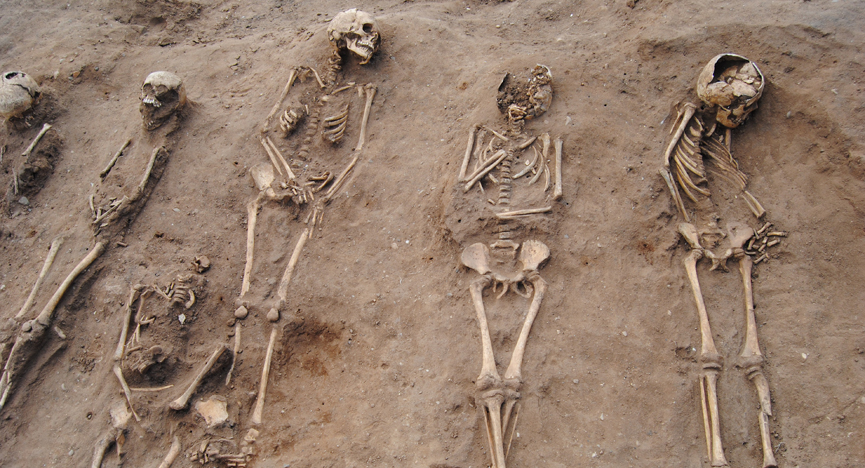 LINCOLNSHIRE, ENGLAND—Estimates suggest that up to half of England’s population died of the Black Death between 1346 and 1353. The Independent reports that a team of archaeologists has unearthed a mass grave at the monastery hospital at Thornton Abbey, in the East of England. The remains of 48 people, including more than 20 children, were found in the grave. DNA testing of tooth pulp obtained from the skeletons has revealed the presence of Yersinia pestis, the bacterium that causes the plague. Hugh Willmott of the University of Sheffield explained that the team did not expect to find a mass burial in rural Lincolnshire. The discovery suggests that the small community was overwhelmed by the number of deaths caused by the epidemic. The team also uncovered a Tau Cross pendant in the hospital building. Willmott said that some believed that the Tau Cross could cure skin diseases. Symptoms of the Black Death include egg-shaped lumps in the groin, neck, and armpits that can ooze pus and blood, as well as black spots of gangrenous flesh. For more, go to “A Parisian Plague.”