Industrial Pollution in the Ancient World 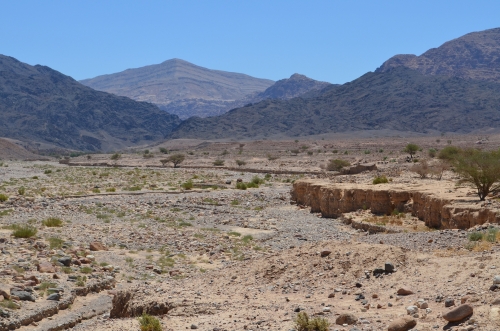 WATERLOO, CANADA—CBC News reports that a dry riverbed in the Wadi Faynan region of southern Jordan has yielded evidence of pollution caused by copper smelting some 7,000 years ago. At the time, according to Russell Adams of the University of Waterloo, people were experimenting with heating charcoal and copper ore in pottery vessels over a fire. By 2600 B.C., copper was being mined and smelted in furnaces on a large scale. Adams thinks the waste materials produced by thousands of years of smelting copper, including zinc, lead, arsenic, and thallium, were probably absorbed by plants and consumed by animals and people, to the detriment of their health. And, in fact, high levels of copper and lead have been found in human bones dating back to the Roman period. Adams and his colleagues are continuing to study the extent of the pollution as metal production expanded in the Wadi Faynan region. For more on ancient pollution, go to “The Environmental Cost of Empire.”