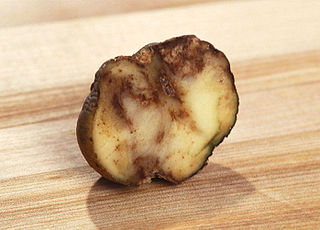 RALEIGH, NORTH CAROLINA—Live Science reports that scientists from North Carolina State University and the Norwegian University of Science and Technology Museum have conducted a genetic study of Phytophthora infestans, the potato blight that wiped out potato crops in Ireland and Europe in the 1840s. The team of researchers analyzed nuclear genomes and mitochondrial genomes of 183 modern and historic potato blight samples from Mexico, Central America, South America, Europe, and the United States, and found that the strain that caused the devastating blight probably originated in South America, and then through potato shipments and the seed trade, traveled to the United States and then on to Europe. The strain, known as FAM-1, remained the dominant strain of potato blight into the early twentieth century. To read about archaeology in Ireland, go to “Samhain Revival.”