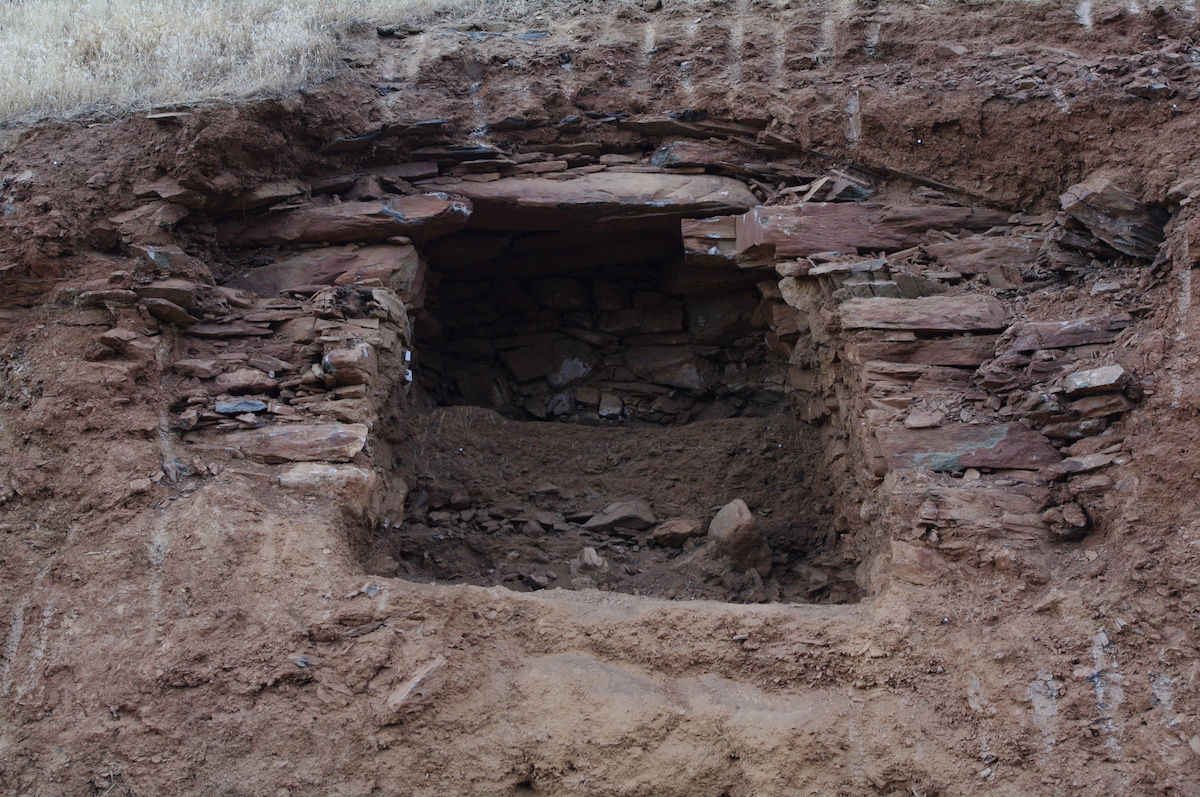 ROWANDUZ, IRAQ—A 2,400-year-old tomb containing the remains of at least six people has been excavated in northern Iraq. Boston University archaeologist Michael Danti told Live Science that the tomb probably dates to end of the Persian Achaemenid Empire, around 330 B.C. The bones were scattered, suggesting the tomb was likely robbed sometime in antiquity, although the team did find bronze earrings and a bronze bracelet depicting two serpents, a popular motif during the Achaemenid period. Despite those finds, Danti believes pottery from the tomb suggests it belonged to people of modest means. Sometime during the Islamic period the site was reused, and at least five skeletons were buried above the original six occupants of the tomb. To read more about archaeology in northern Iraq, go to “Erbil Revealed.”