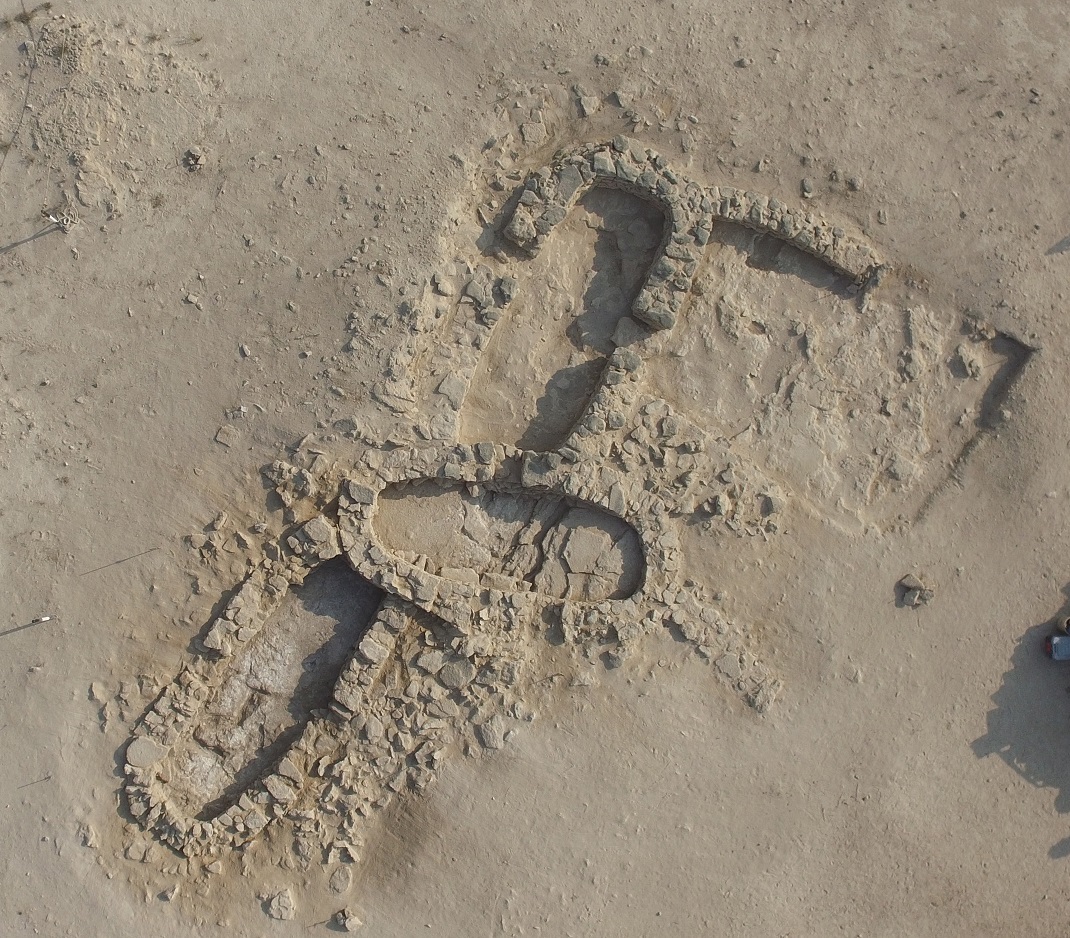 MARAWAH ISLAND, ABU DHABI—According to a report in The National, the foundations of a 7,500-year-old, three-room house with 30-inch-thick walls has been found on an island off the coast of Abu Dhabi. “It’s a stunning find because there are no parallels to it anywhere else in the Gulf coast region,” said Mark Beech, head of coastal heritage at Abu Dhabi’s Tourism and Culture Authority. He said the Neolithic dwelling had walls that projected into the backyard to create a space for cooking that is similar to what is found in traditional Arabian houses. The structure was found in the smallest of seven mounds at the site. Beech thinks that the rest of the mounds could hold the remains of a village, where the residents herded sheep and goats, and also fished. Stone tools, beads made from shells, and a shark’s tooth have also been recovered. A ceramic jar made in what is now Iraq suggests that the residents engaged in long-distance trade. For more on archaeology in the area, go to “Archaeology Island.”