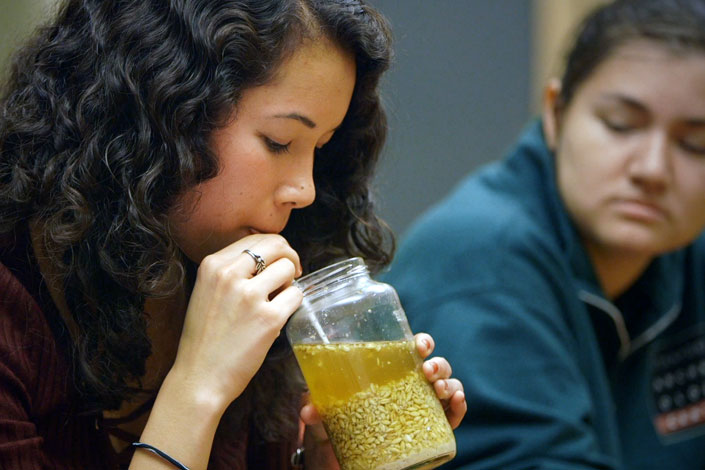 STANFORD, CALIFORNIA—National Public Radio reports that archaeologist Li Liu of Stanford University and her students brewed an ancient beer recipe derived from the residues detected in pottery vessels unearthed in northeast China. The ingredients included millet, barley, a type of grass known as Job’s tears, yam, and lily root. The students started the fermentation process by either sprouting the grains or chewing them and spitting them out. The mixtures were then heated and allowed to rest for a week. The brewing experiments produced a fermented porridge that was low in alcohol but rich in nutrients. “I think the early beer is not just for drink[ing],” Liu said. “It’s a food.” Liu added that she had been surprised to find barley in the residues of 5,000-year-old beers because the earliest known evidence of barley in China dates to about 4,000 years ago. For more, go to “China’s Legendary Flood.”