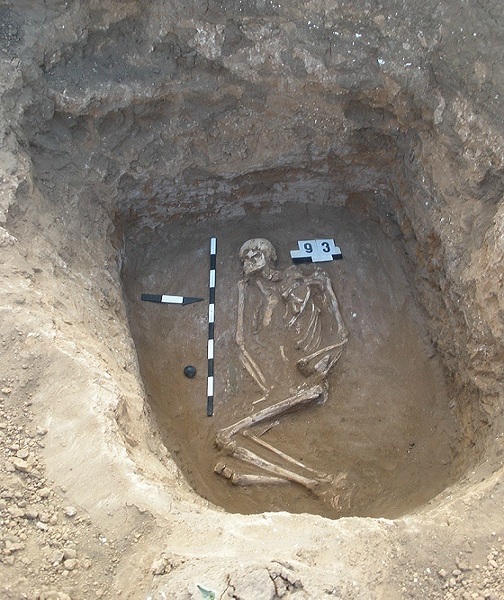 PALO ALTO, CALIFORNIA—Science reports that a new DNA study shows males belonging to a Bronze Age culture now known as the Yamnaya had a transformative impact on the European population. Prior to the Yamnaya migration, many prehistoric Europeans were descended from Neolithic farmers who migrated to Europe from Anatolia beginning around 9,000 years ago. Some 4,000 years later, the Yamnaya, herders who had mastered horseback riding and were likely speakers of Indo-European, left the Eurasian steppe and moved west into central Europe. To investigate the ratio of men to women who participated in these two migrations, Stanford University geneticists used a new statistical method to compare DNA from 20 skeletons belonging to people who lived after the arrival of Neolithic farmers and 16 who lived just after the Yamnaya migration. They found that equal numbers of men and women took part in the Neolithic population movement, but that there were some 10 men for every woman who participated in the Yamnaya migration. The finding is consistent with the theory that the Yamnaya who moved west were largely horse-mounted male warriors. To read more about the study of prehistoric Indo-European languages, go to “Telling Tales in Proto-Indo-European.”