Some Viking Swords May Have Been Decorative 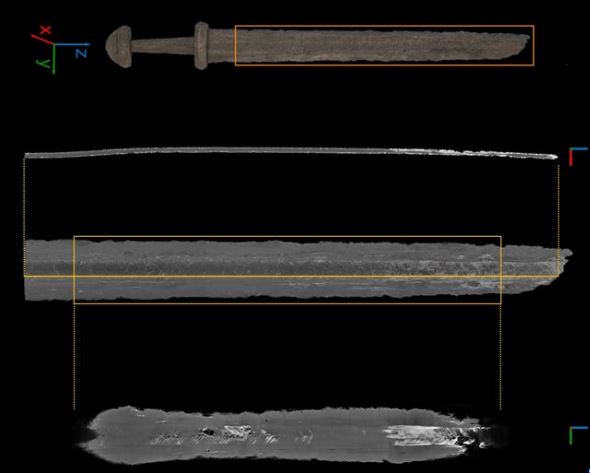 KONGENS LYNGBY, DENMARK—Three Viking Age swords from the National Museum of Denmark have been examined with neutron scans, according to a report in Live Science. “This is the first study which allowed us to virtually ‘slice’ Viking swords, showing how different materials have been combined together,” said materials scientist Anna Fedrigo of the Technical University of Denmark. All three swords date to the ninth or tenth century A.D., and came from the Central Jutland area of Denmark. And, all three swords were crafted with the pattern-welding technique, which folds, twists, and forges together thin strips of different kinds of iron and steel. But Fedrigo said that these kinds of swords may not have been designed for combat, since an iron core edged with harder steel would have made a better weapon. The high temperatures of the pattern-welding technique could also have left the weapons vulnerable to rust. She suggests that swords may have become symbols of power and status to elite Vikings, while more affordable axes, spears, and lances may have been used by seafaring raiders. For more, go to “Hoards of the Vikings.”