New Thoughts on the Death of the Iceman 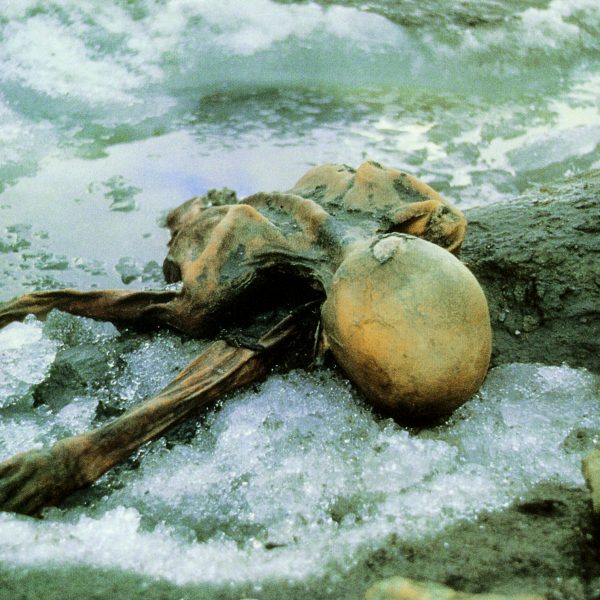 ZURICH, SWITZERLAND—It has been suggested that Ötzi, the man whose frozen remains were found in a melting glacier in the Italian Alps in 1991, was murdered some 5,300 years ago. Examination of the body has revealed an arrow wound to the left shoulder and depressions and fractures in the skull. Frank Rühli of the University of Zurich thinks these wounds were not fatal, however, according to a report in Science News. The new analysis suggests that the arrow wound caused just a half-cup loss of blood. Rühli thinks fur headgear found with the remains probably offered Ötzi some protection from injury after an accidental fall on the rocks. “Freezing to death is quite likely the main cause of death in this classic cold case,” he said. For more, go to “Ötzi’s Sartorial Splendor.”