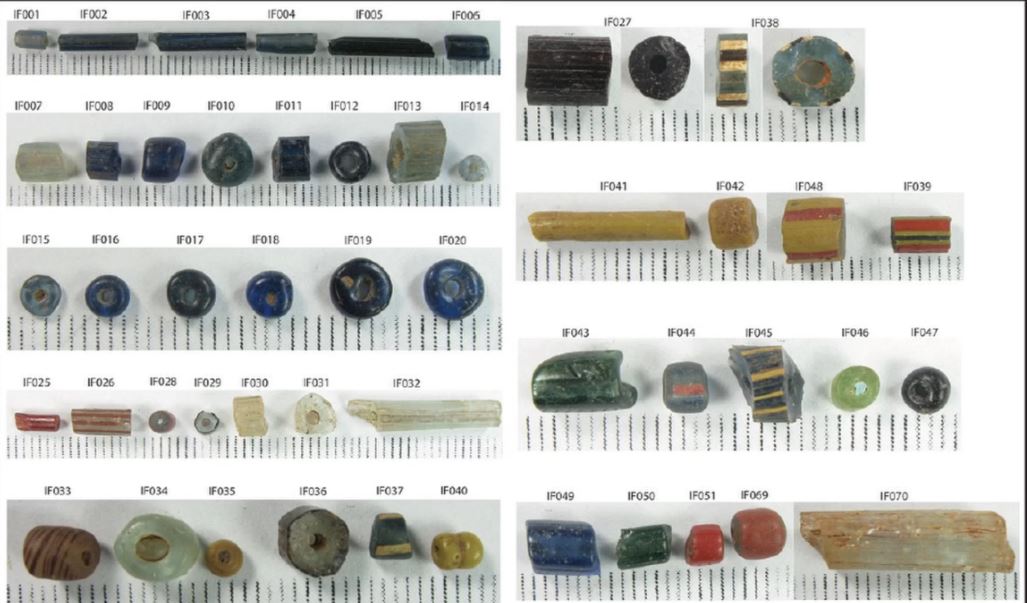 CAMBRIDGE, MASSACHUSETTS—Live Science reports that a cache of 1,000-year-old drawn beads has been found at Igbo-Olokun, an archaeological site within the ancient Yoruba city of Ile-Ife, which is located in southwestern Nigeria. The Yoruba are known for the copper alloy and terracotta heads and figurines found at Ile-Ife. Some of the sculptures, which date to between the twelfth and fifteenth centuries A.D., were decorated with glass beads. Researchers had speculated that the beads had been imported from the Mediterranean or the Middle East, but Abidemi Babalola of Harvard University’s Hutchins Center for African & African American Research has found evidence of local glass production at Igbo-Olokun. The evidence includes glass waste; some 13,000 blue, green, red, yellow, and multicolored glass beads; hundreds of crucible fragments; and ceramic cylinders thought to have been used to handle crucible lids. Babalola and his team also unearthed pieces of clay covered with melted glass, suggesting that glass furnaces may have operated in the area. And, analysis of the minerals in the beads revealed that many of them were made of materials acquired near Igbo-Olokun. To read about beads from another part of Africa, go to “In Style in the Stone Age.”