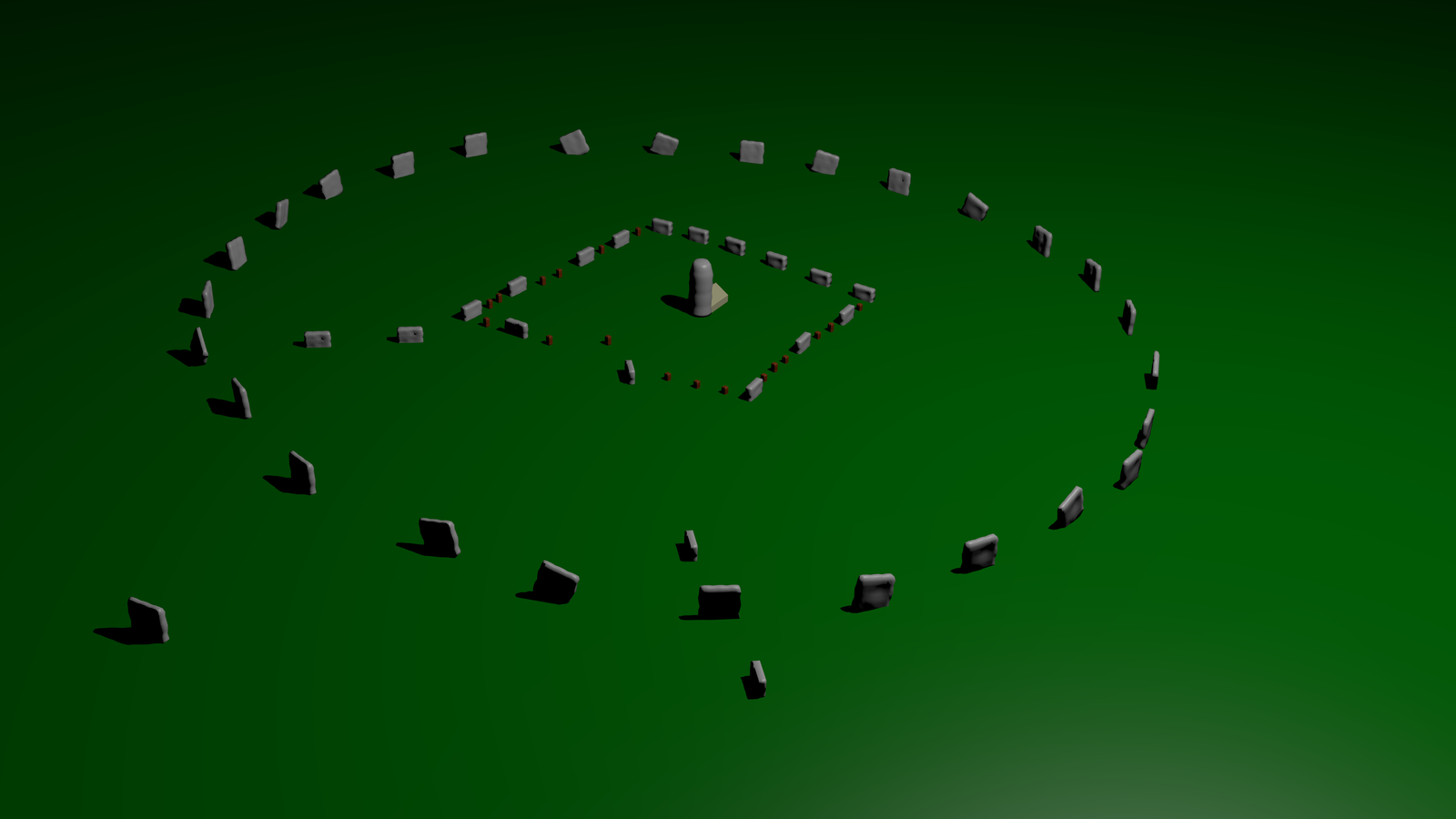 AVEBURY, ENGLAND—Archaeologists working at Avebury, the Neolithic stone circle in Wiltshire thought to be the world's largest, have uncovered a mysterious square formation at the site's center, according to a report in The Guardian. Using radar technology, a team led by University of Leicester's Mark Gillings uncovered hidden stones marking the footprint of what they believe was a wooden building dating to around 3500 B.C. Gillings and his colleagues have concluded that the square, which measures nearly 100 feet on each side, formed a monument to what must have been a very important structure. The find may also solve a riddle that has challenged researchers since the 1930s, when the marmalade magnate Alexander Keiller conducted major exavations at Avebury. Keiller found several buried standing stones placed in a line leading to an upright obelisk, as well as postholes and grooves indicating the existence of a building. Gillings now believes that what Keiller assumed to be a medieval structure was in fact the original Neolithic building around which the entire circle developed over centuries. To read more on Neolithic henges, including Avebury, go to “The World of Stonehenge.”