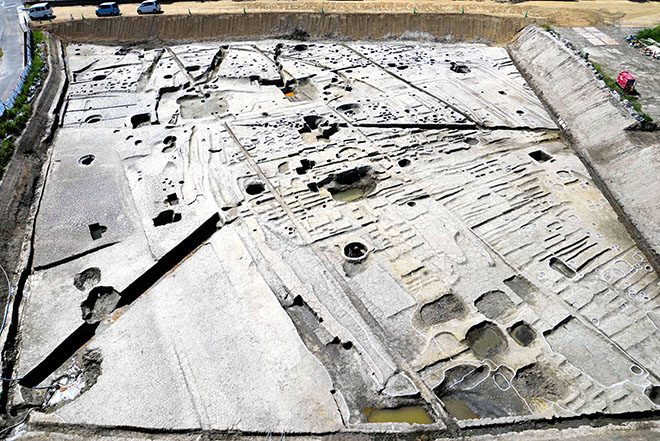 YAO, JAPAN—The Asahi Shimbun reports that archaeologists in Japan have unearthed the remains of Yugeno-miya, a capital that was built on the orders of the Empress Shotoku, who ruled from A.D. 767 to 770. According to historical accounts, after the empress's death construction ceased and the city remained unfinished. The archaeologists found pits arranged on a grid that would have held massive pillars, as well as the remains of a canal that stretched almost a half mile and was probably used in order the transport building materials. Earlier this year, the foundation of a pagoda said to have been built by a Buddhist monk favored by Empress Shotoku was found nearby. To read more about archaeology in Japan, go to “Khubilai Khan Fleet.”