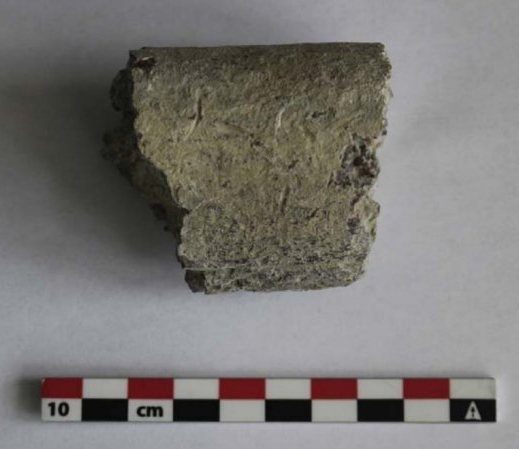 POMPEII, ITALY—Researchers have analyzed a fragment of a lead water pipe from Pompeii and found that it contained toxic levels of the chemical element antimony, reports the International Business Times. Previously, scholars had suggested that widespread lead poisoning contributed to the decline of the Roman Empire. “They used it for work pipes, for sweetening the wine, for filling out small holes in aqueducts,” said University of Southern Denmark archaeochemist Kaare Lund. “There was a lot of lead in the Roman Empire.” But Lund and his team are proposing that lead by itself didn’t pose much of a health risk, since most pipes were lined with chalky deposits that would have kept significant amounts of lead from leaking into water. But Lund notes that antimony is much more toxic than lead, and if even trace amounts of it leached into the water supply it would have had disastrous consequences, leading to kidney and liver damage and even contributing to heart attacks. The team hopes to test more Roman lead in the future to determine how common the use of antimony-laced pipes was. To read more, go to “Rome's Imperial Port.”