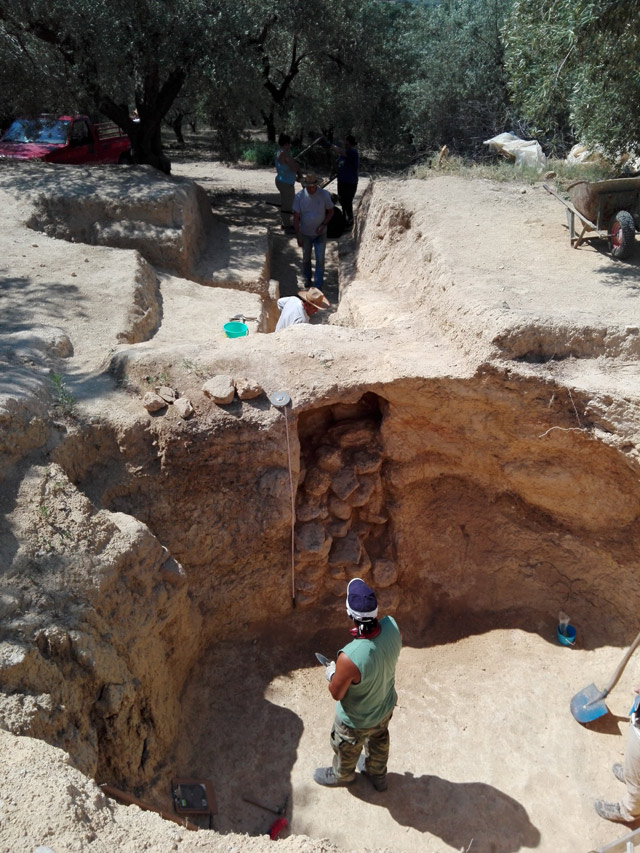 NEMEA, GREECE—Tornos News reports that two chamber tombs have been discovered at the Mycenaean cemetery at Aedonia by a team led by Konstantine Kissas of the Corinth Antiquities Ephory and Kim Shelton of the University of California, Berkeley. One of the tombs, which had been looted in the 1970s, has been dated to between 1350 and 1200 B.C. The other tomb is thought to be a few hundred years older. Burials were found in three pits and on the floor of the second chamber. One of the pits measured more than 12 feet long, and had been covered with large stone slabs. It contained the remains of three people. A second pit contained two more burials, copper arrows, and five knives, two of which had handles decorated with fine gold leaves. Fragments of two piers, and monumental vases decorated with flowers, were found in the third pit. The burials on the floor were accompanied by simple vases and stone buttons. For more on archaeology in Greece, go to “The Minoans of Crete.”