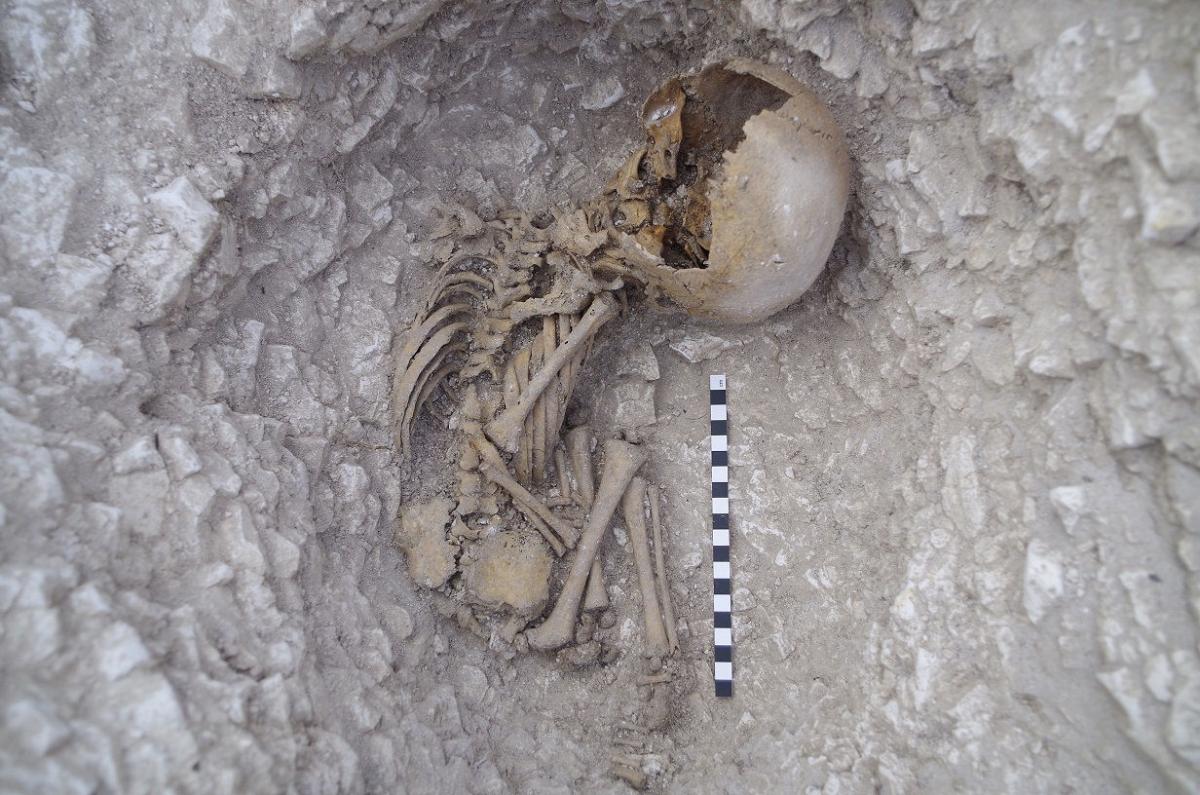 LARKHILL GARRISON, ENGLAND—Prehistoric burials were uncovered during construction work at a military base located about a mile and a half from Stonehenge, according to a report in Salisbury Journal. One of the burials contained the remains of an infant who had been placed in a grave dug in an existing ditch. “Prehistoric pottery was found in the ditch fill which sealed the grave, which suggests the burial was also prehistoric,” said archaeologist Ruth Panes of Wessex Archaeology. A second body was identified as a male aged between 15 and 17 at the time of death. A third had been buried in a crouched position, probably sometime between 2400 and 1600 B.C. Postholes from a roundhouse measuring about 14 feet in diameter were also revealed, as well as prehistoric pits and ditches, and worked flint. The excavators said they think the area under investigation was once a woodland, since they have uncovered a large number of hollows formed by fallen or removed trees. More recent features include five zig-zag-shaped air-raid trenches, and the foundations of three military buildings that probably date to World War II. For more, go to “Quarrying Stonehenge.”