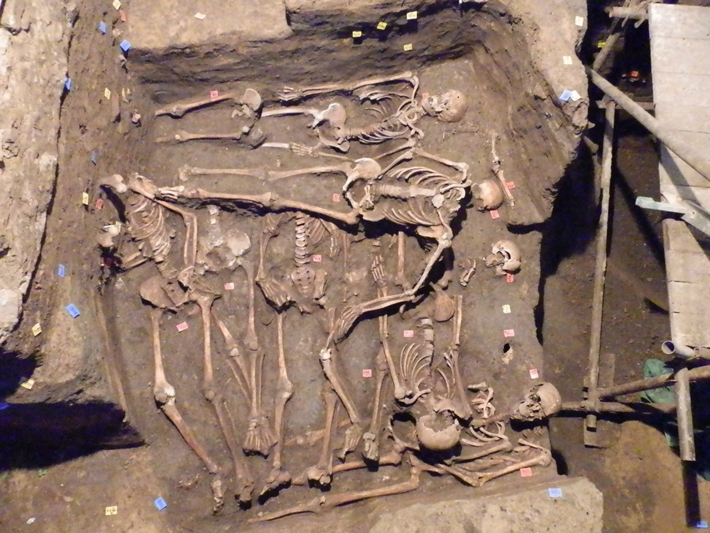 KUTNA HORA, CZECH REPUBLIC—While excavating beneath a Catholic chapel in the central Czech Republic, archaeologists have unearthed some 1,500 skeletons from 30 medieval mass graves, reports the Prague Daily Monitor. Experts believe the remains belong to people who likely died during a famine in 1318 and a plague epidemic that began in 1348. "We must realize that such a mass grave represents a sample of a population within a very short period, which is extremely valuable to us," says the Czech Institute of Archaeology's Jan Frolik, who supervised the dig. The burials were probably unmarked and while the team found some buckles and coins in the cemetery, the people were largely buried without any grave goods. To read more about medieval mass graves, go to “Vengeance on the Vikings.”