Layers of the Past Rest Underneath London Bridge Station 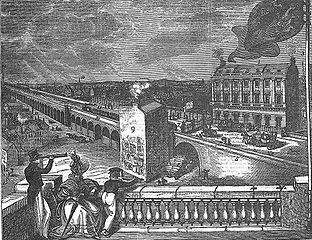 LONDON, ENGLAND—The reconstruction of London Bridge Station is providing archaeologists with the opportunity to examine the Roman, medieval, and eighteenth-century remains beneath it. “Some of the radiocarbon dates we’re getting from some of the deep pieces of wood are going back to the Bronze Age, so clearly it’s been an area of activity for many thousands of years,” said archaeologist Chris Place. The site was the eastern edge of the Roman settlement, where the remains of “substantial” buildings have been uncovered. A ditch from the medieval period could help researchers determine the size of the settlement at that time. Artifacts from later taverns include cribbage boards, tankards, pewter spoons, and clay tobacco pipes.