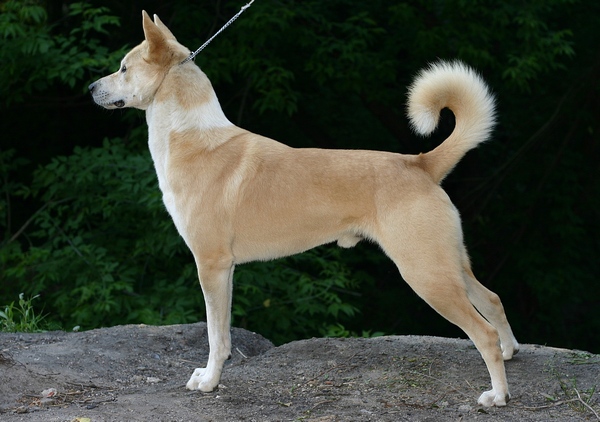 JENA, GERMANY—According to a report in Science Magazine, images of dogs thought to have been carved some 8,000 years ago have been found on rock panels in the Arabian Desert. Archaeologist Maria Guagnin of the Max Planck Institute for the Science of Human History, working with the Saudi Commission for Tourism & National Heritage, has catalogued more than 1,400 rock art panels at Shuwaymis and Jubbah. In all, 156 images of hunting dogs have been recorded at Shuwaymis, and 193 at Jubbah. All of the dogs appear to be domesticated, with pricked up ears, short snouts, and curled tails, and are shown with individualized coat patterns, stances, and genders. Zooarchaeologist Angela Perri of the Max Planck Institute for Evolutionary Anthropology said the dogs in the carvings resemble today’s feral Canaan dog, which lives in the deserts of the Middle East. Some of the dogs in the rock art are shown facing wild donkeys, or biting the necks of ibexes and gazelles—animals that would have probably been too fast for human hunters to bring down without canine assistance. Lines, which presumably represent leashes, connect the dogs to the waists of hunters armed with bows and arrows. These animals may have been kept close because they were especially valued, or they may have been new dogs undergoing training. To read in-depth about dogs in the archaeological record, go to “More Than Man's Best Friend.”