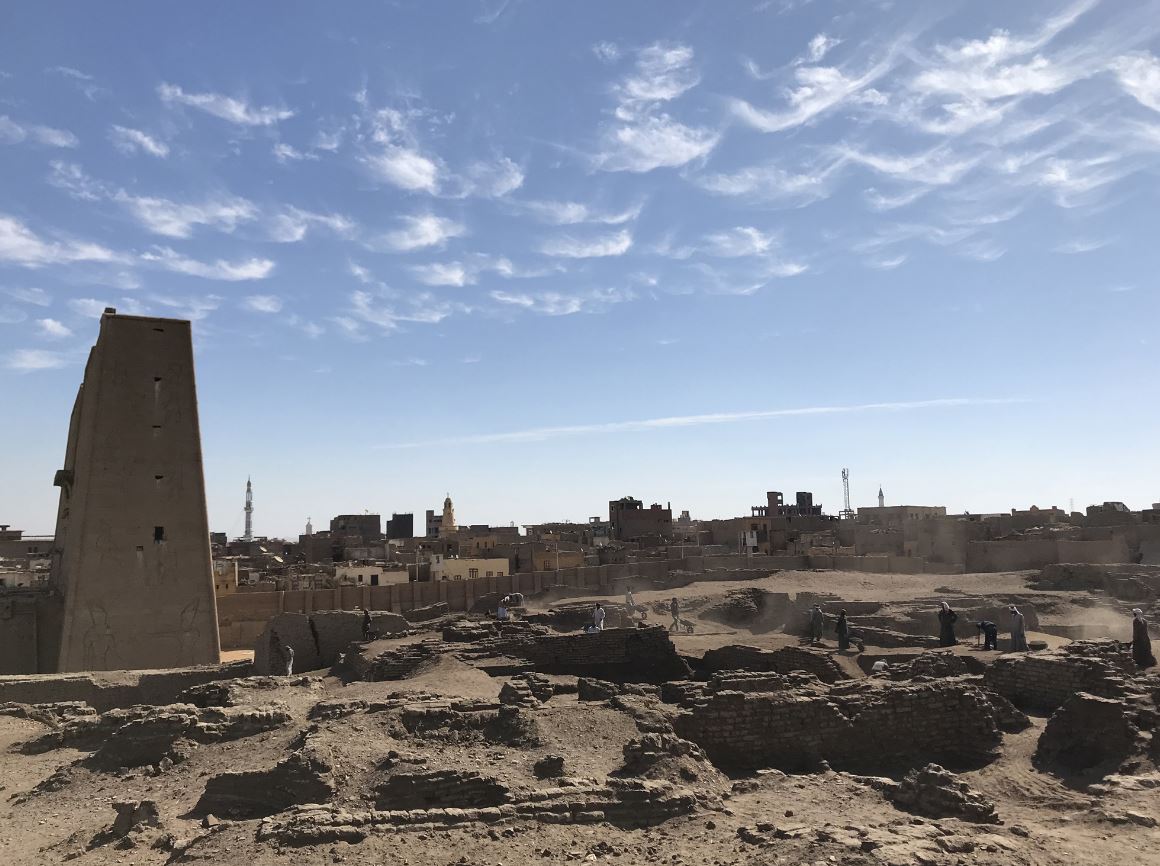 CHICAGO, ILLINOIS—The International Business Times reports that two large mudbrick buildings dating to Egypt’s Fifth Dynasty have been unearthed at Tel Edfu by a team of researchers led by Nadine Moeller and Gregory Marouard of the Oriental Institute at the University of Chicago. One of the structures still had its rare and expensive wooden door, and the outer façade of the larger one was designed with an unusual slope. The buildings were part of a larger complex of open courtyards, workshops, and storage areas where more than 200 broken clay seals, which were used to mark boxes, containers, and letters, were found. The researchers think areas in the structures might have been used for making beer and bread, and for smelting copper. The buildings may have also housed officials who came from the capital in Memphis to inspect the mining of metals and gems in the surrounding desert. Moeller said the unique finds suggest the city of Edfu may have been becoming more important during the late Fifth Dynasty, perhaps as a departure point for expeditions to the deserts to the east, and maybe even the Red Sea shore, which is about 125 miles to the east. To read about another recent discovery in Egypt, go to “Queen of the Old Kingdom.”