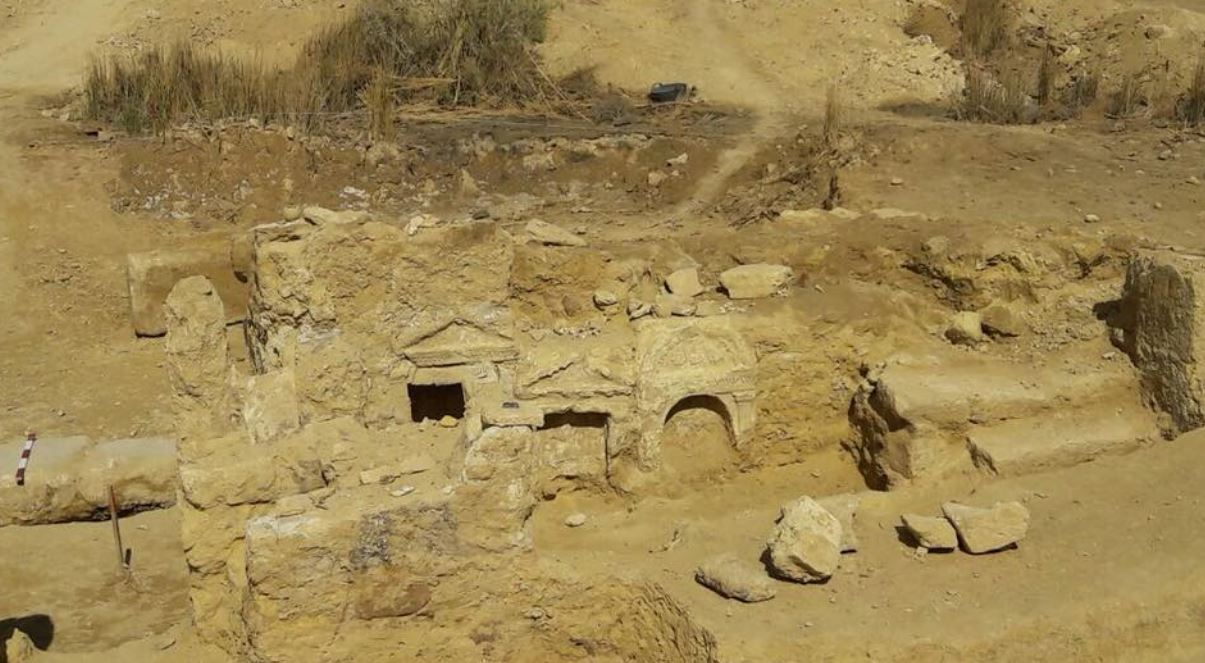 SIWA OASIS, EGYPT—Ahram Online reports that a temple dating to the Greco-Roman period (332 B.C.–A.D. 395) has been uncovered at the Al-Salam archaeological site by a team from the Supreme Council of Antiquities. The front of the temple, parts of its foundations, and its main entrance have been revealed, according to Aymen Ashmawi, head of the Ministry’s Ancient Egyptian Antiquities Department. The structure’s outer walls measure more than three feet thick. Chambers in the temple open to a courtyard. Upper lintels and corner pillars decorated with egg-and-dart designs and other motifs have been recovered along with pottery, coins, a sculpture of a man’s head, and two limestone lion statues, one of which is missing its head. Ashmawi said the excavation of the temple is expected to be completed this year. For more on archaeology in Egypt, go to “Tut’s Mesopotamian Side.”