Early Migrants May Have Traveled Beyond the Levant 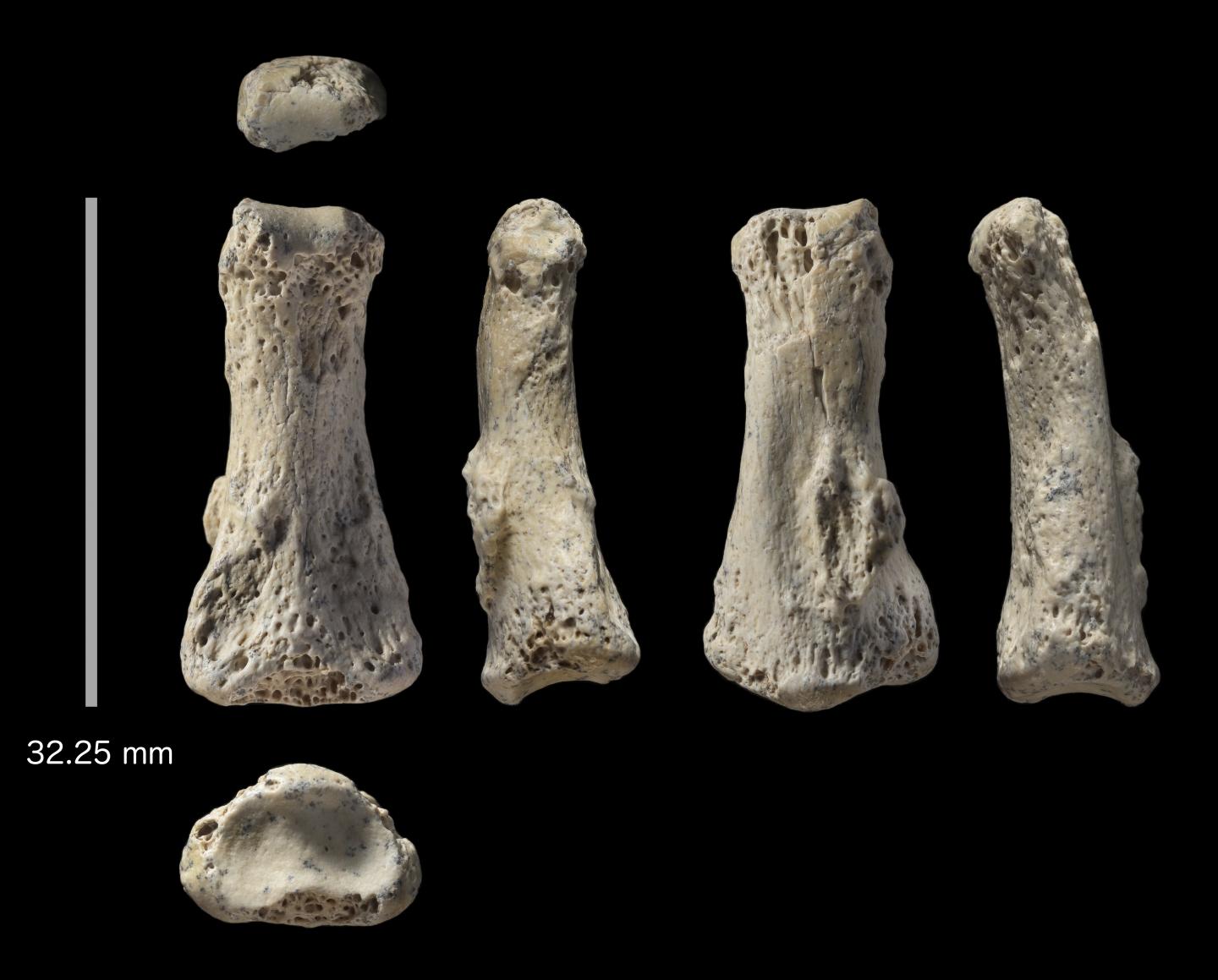 OXFORD, ENGLAND—A finger bone unearthed at the Al Wusta site in Saudi Arabia suggests that modern humans migrated out of Africa and into a widespread area as early as 85,000 years ago, according to a BBC News report. Huw Groucutt of the University of Oxford and his colleagues identified the bone by comparing a 3-D model of it to the finger bones of other modern humans and Neanderthals, whose finger bones are usually shorter and squatter. The age of the bone was determined with a technique called uranium series dating, which measures the ratio between radioactive elements in bone. The fossils of other African animals found at the site, such as those of hippos, wild cattle, and antelope, also dated to the same time period, suggesting that at the time it had a far more inviting and hospitable climate than it does today. But genetic studies have indicated that today’s living non-Africans are descended from people who dispersed from Africa some 60,000 years ago. Groucutt said the earlier human populations may have gone extinct, or may have been replaced by later waves of migrants. “The interesting thing,” Groucutt said, “is that in the past some people have said we couldn’t really spread into Asia until we had complex tools. [Our findings] suggest that that kind of migration didn’t really reflect a technological breakthrough, but reflects climate change.” To read about other recent discoveries in Saudi Arabia, go to “Hot Property.”