Neolithic Surgeons May Have Practiced on Animals 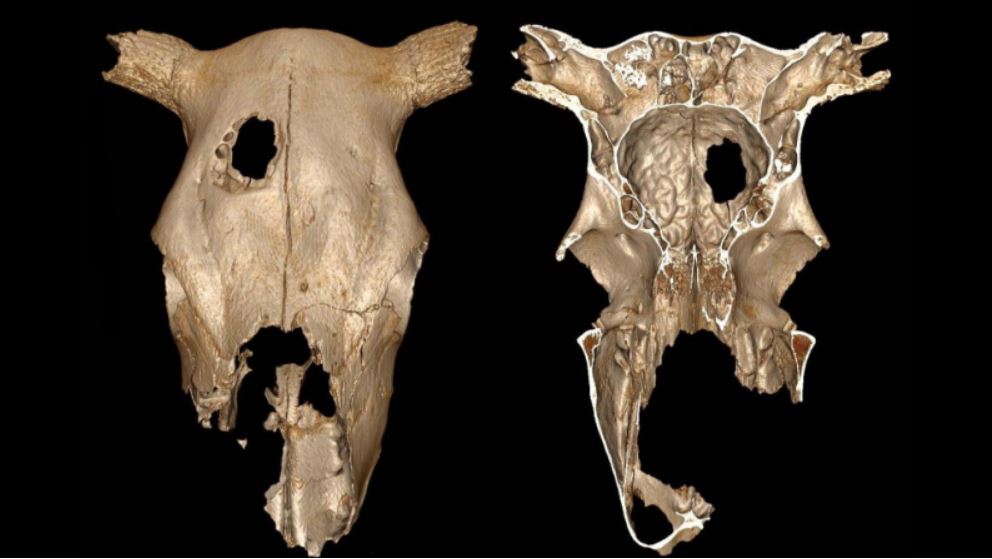 PARIS, FRANCE—Paleontologists Alain Froment and Fernando Ramirez Rozzi of the French National Center for Scientific Research suggest a hole in a cow skull uncovered at the Neolithic site of Champ-Durand in southwestern France could be evidence of a surgical procedure. According to a Gizmodo report, their analysis of the hole found no trace of fracturing or splintering, indicating it was not caused by goring from another cow, or a puncture from a powerful blow with a stone tool. The wound does, however, resemble holes found in human skulls attributed to the practice of trepanation. The hole in the cow skull shows no signs of healing, so either the animal did not survive the procedure, or it was already dead when the procedure was performed. Froment and Rozzi note that cows were common during the Neolithic period, so it was unlikely the surgeon needed to save the life of a food animal. They think the operation may have been practice for trepanation on humans. To read more about Neolithic technology, go to "The Neolithic Toolkit."