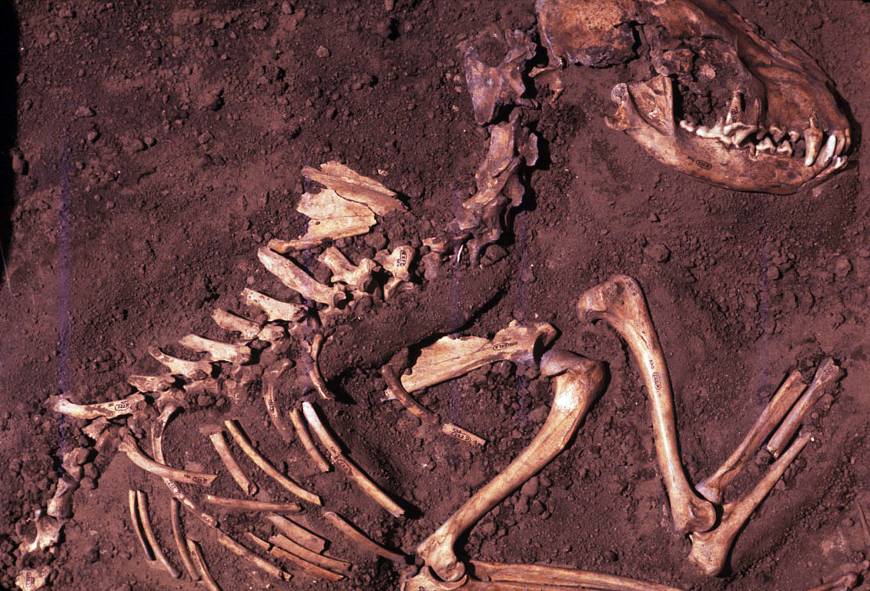 DURHAM, ENGLAND—Dog remains recovered at two archaeological sites in Illinois have been dated to 10,000 years ago, according to a report in Science News. Angela Perri of Durham University said the three dogs had been buried individually, and that their bones did not bear any stone tool marks, which suggests they had died of natural causes. Examination of the animals’ lower jaws and teeth indicate that one of the dogs, from the Stilwell II site, and one of the dogs from the Koster site, resembled modern wolves. The second dog from Koster shared traits with today’s coyotes. The previously oldest-known dogs in North America lived some 9,300 years ago, before they were eaten by people living in what is now Texas. To read about the earliest New World settlers, go to "The First Americans."