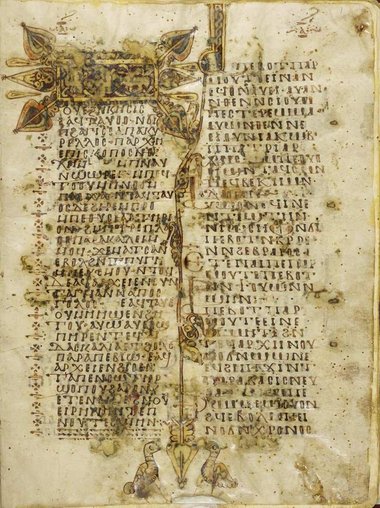 NEW YORK CITY—A recently translated, 1,200-year-old religious text written in the Coptic language tells the story of Jesus' crucifixation in a way that departs significantly from Biblical accounts. The text was orginally from an Egyptian monastery that seems to have ceased operating in the tenth century. The manuscript resurfaced in 1910, and was purchased by New York financier J.P. Morgan. According to Utrecht University historian Roelof van den Broek, who translated the text, it is written in the name of St. Cyril of Jerusalem, a fourth-century saint. Among other apochrypal claims, the text says that Jesus had dinner with Pontius Pilate before the crucifixation, and that Judas used a kiss to identify Jesus for those who came to arrest him because he was constantly changing his shape. Van de Broek says that while the Bible was canonized by the fifth century, apocryphal stories remained popular among Egyptian Christians long after that. The manuscript is on display at the Morgan Library & Museum in New York City.