Horse and Stable Discovered in Pompeii 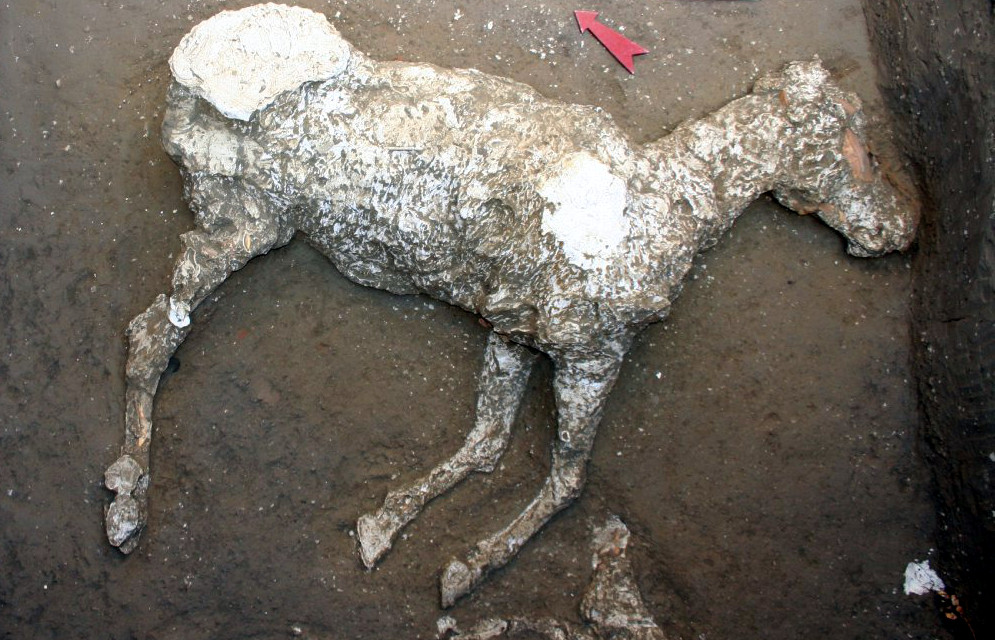 POMPEII, ITALY—The Local reports that a horse killed during the eruption of Mt. Vesuvius in A.D. 79 was found in an ancient stable outside of Pompeii’s city walls. A team of archaeologists injected liquid plaster into the cavity left behind by the horse’s body in the ancient ash. They are confident it was a horse based on a clear imprint of the animals’ ear, which had been pressed into the ground. The horse is thought to have stood about five feet tall at the withers. Traces of a harness with iron and bronze fittings were found near its head, suggesting it may have been a parade horse. The skeletons of donkeys and mules have been recovered from a stable at the House of the Chaste Lovers, but Pompeii officials said this is the first complete outline of a horse to be found in the ruined city. The recent rescue excavations, undertaken in an area of Civita Giuliana where unauthorized tunnels were found, also recovered jugs, tools, and kitchen utensils. To read more about Pompeii, go to “Food and Wine Gardens: Pompeii, Italy.”