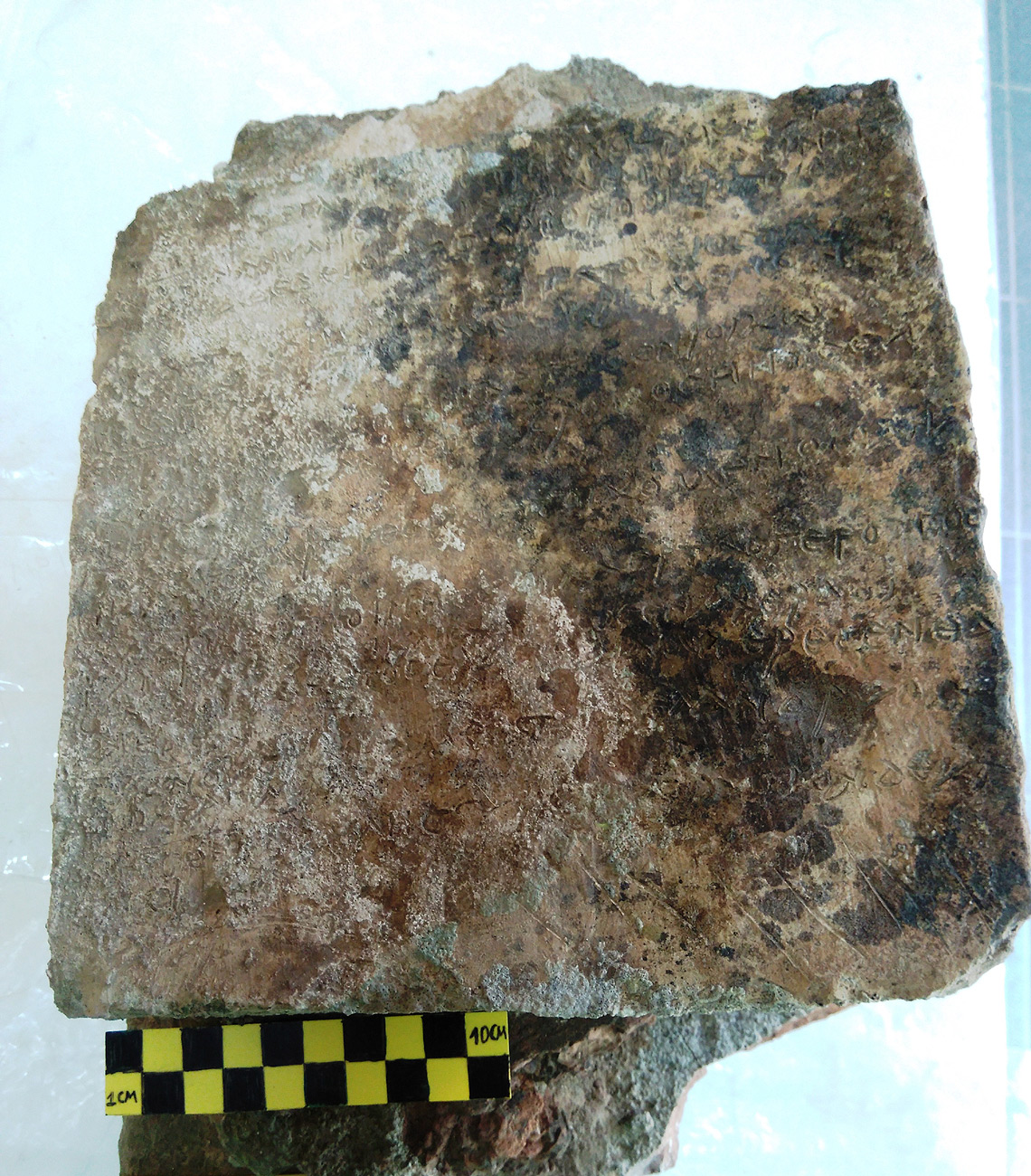 ATHENS, GREECE—According to a Reuters report, Greece’s Culture Ministry announced the discovery of a Roman-era plaque engraved with 13 verses of The Odyssey at Olympia, the ancient home of the Olympic games. The epic poem, which tells the story of the hero Odysseus, king of Ithaca, and his ten-year journey home after the fall of Troy, is thought to have originated sometime between 725 and 675 B.C. In the verses on the third-century A.D. plaque, Odysseus is speaking to his friend Eumaeus. To read in-depth about the temple of Hera at Olympia, go to “A New View of the Birthplace of the Olympics.”