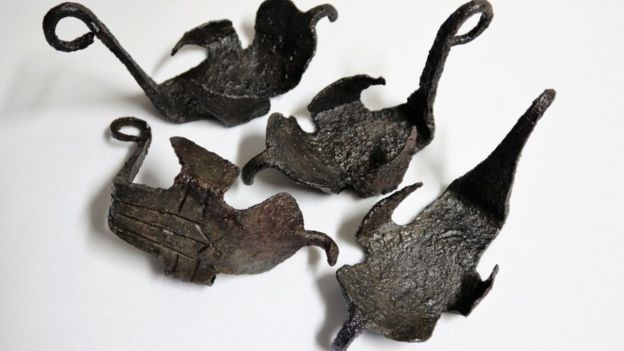 NORTHUMBERLAND, ENGLAND—BBC News reports that a full set of Roman horseshoes dated to between A.D. 140 and 180 was discovered in a ditch at Vindolanda, the site of an ancient fort near Hadrian’s Wall. The iron hoof protectors, known as hipposandals, had been inscribed with a tread intended to keep the horse from slipping. “One of the hipposandals has a hairline fracture so the set may have been thrown in the ditch because one was damaged,” explained curator Barbara Birley. To read more about Hadrian's Wall, go to "The Wall at the End of the Empire."