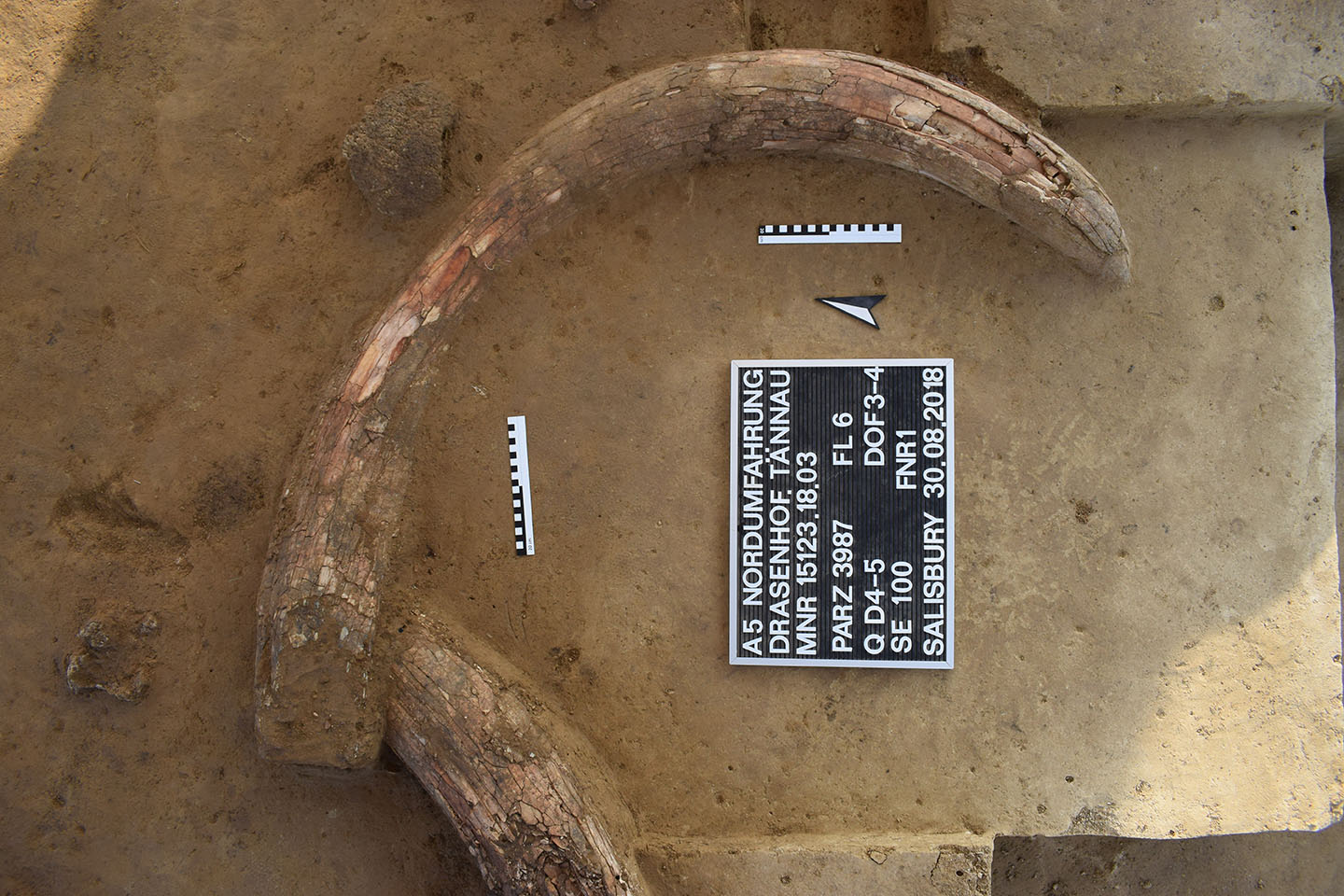 DRASENHOFEN, AUSTRIA—Metro reports that a mammoth kill site was discovered in northeastern Austria ahead of a construction project. Martin Krenn of the Austrian Federal Monuments Office said the mammoth tusks and bones, along with the remains of other large animals, were uncovered, along with stone tools. The site is estimated to date back between 18,000 and 28,000 years. The animals are believed to have been driven over difficult terrain to the area, where they were killed with spears and butchered. To read about evidence of mammoth butchering in North America, go to “Schaefer and Hebior Kill Sites.”